Articles liés à How Yoga Works: Healing Yourself and Others With The...

Roach, Geshe Michael How Yoga Works: Healing Yourself and Others With The Yoga Sutra

How Yoga Works: Healing Yourself and Others With The Yoga Sutra 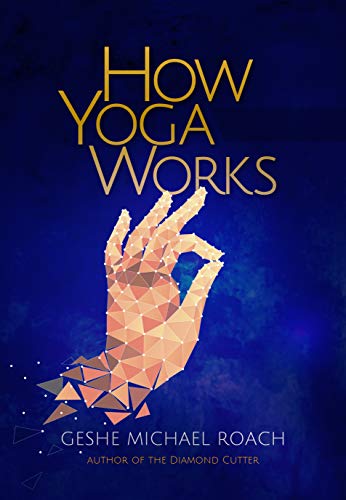 1. How Yoga Works : Healing Yourself and Others With The Yoga Sutra

Description du livre Diamond Cutter Press, 2005. Paperback. Etat : New. Paperback. The secrets of how yoga works to make us truly whole are revealed here in a delightful story based on how these precious teachings reached Tibet form their home in India, over a thousand y.Shipping may be from multiple locations in the US or from the UK, depending on stock availability. 406 pages. 0.689. NḞ de réf. du vendeur 9780976546900

Description du livre Diamond Cutter Press, United States, 2007. Paperback. Etat : New. Illustrated. Language: English. Brand new Book. The Yoga Sutra is the great motherbook of all the yoga works ever written; it was composed by the Indian master Patanjali some 2,000 years ago. The Sanskrit text is written in 210 brief, cryptic verses whose meaning has long ago sunk into darkness; the many, confusing modern attempts to explain them bear little resemblance to each other, which is just a sign of how difficult this priceless little book can be. Geshe Michael Roach is an honors graduate of Princeton University and the first westerner in the 600-year history of Sera Mey Tibetan Monastery to be awarded the degree of Geshe, or Master of Buddhism. He is known for his business bestseller, The Diamond Cutter: The Buddha on Managing Your Business & Your Life. Using a database of almost half a million pages of ancient Asian literature, Geshe Michael has produced a fresh, clear, and immediately usable translation of the Yoga Sutra in the form of a wonderful novel about a young Tibetan woman who uses the wisdom to transform the corrupt world around her into a paradise on earth. How Yoga Works has been acclaimed as a must-read for anyone who does yoga and who wants to know what the Yoga Sutra really says. It is an especially popular reading for yoga teacher training courses throughout the world, and as a personal daily guide for spiritual inspiration. NḞ de réf. du vendeur AAC9780976546900