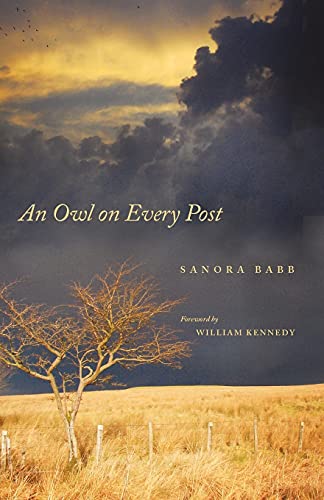 Description du livre Muse Ink Press, United Kingdom, 2012. Paperback. Etat : New. 3rd edition. Language: English. Brand new Book. Sanora Babb experienced pioneer life in a one-room dugout, eye-level with the land that supported, tormented and beguiled her; where her family fought for their lives against drought, crop-failure, starvation, and almost unfathomless loneliness. Learning to read from newspapers that lined the dugout's dirt walls, she grew up to be a journalist, then a writer of unforgettable books about the Great Depression and the Dust Bowl, most notably Whose Names Are Unknown. The author was seven when her parents began to homestead an isolated 320-acre farm on the western plains. She tells the story through her eyes as a sensitive, fearless young girl who came to love the wind, the vastness, the mystery and magic in the ordinary. This evocative memoir of a pioneer childhood on the Great Plains is written with the lyricism and sensitivity that distinguishes all of Sanora Babb's writing. An Owl on Every Post, with its environmental disasters, extreme weather, mortgage foreclosures, and harsh living conditions, resonates as much today as when it first appeared. What this true story of Sanora's prairie childhood reveals best are the values--courage, pride, determination, and love--that allowed her family to prevail over total despair. This long, out-of-print memoir is reissued with new acclaim: "On a par stylistically and thematically with Willa Cather's My Antonia, this is a classic that deserves to be rediscovered and cherished for years to come."--Linda Miller, English Professor at Penn State and chairman of the Editorial Advisory Board for The Cambridge Edition of the Letters of Ernest Hemingway. "An unsung masterpiece in the field of American autobiography--I was completely blown away. This memoir offers an unforgettable picture of pioneer life. Her ageless story deserves a permanent place in our nation's literature.--Arnold Rampersad, author of Ralph Ellison: A Biography. About the Author Sanora Babb is the author of five books, as well as numerous essays, short stories, and poems that were published in literary magazines alongside the work of William Saroyan, Ralph Ellison, Katherine Anne Porter, and William Carlos Williams. Her Dust Bowl novel, Whose Names Are Unknown, was recently featured in the Ken Burns documentary on The Dust Bowl. Editorial Reviews "A wry, affectionate but unsentimental recall of frontiering struggles in Colorado just prior to WWI." - Kirkus "Masterly. Hers is a small song, and not grand opera. But hearing it is a significant and salutary experience."--London Times "The author has achieved a small miracle with this book for she has turned hunger, poverty, loneliness and depression into incomparable beauty by the magic of her writing." - The Pretoria News "Babb's engaging memoir recalls a childhood spent on the harsh and wild Colorado frontier during the early 1900s."--Publishers Weekly Owl is novelist Babb's memories of her childhood in eastern Colorado and Kansas before World War I. LJ's reviewer found that Babb wrote well, "relating vividly and with fine and fond recollection" Library Journal 12/1/70. Nį de rťf. du vendeur AAV9780985991500