Just the Memory of Love 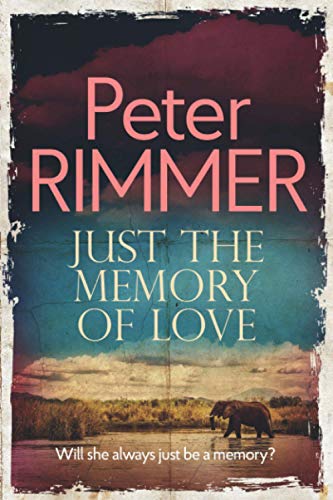 Will he ever find his love again or will she always just be a memory?The war is finally over and for the young and naïve Will Langton, his future is full of exciting adventure and happy dreams. Captivated by a brief, but innocent love affair on the rocks of Dancing Ledge, the romance is shattered in one single moment and she is lost to him. For Will, it's an unbearable pain that he cannot hope to escape from and the only means to assuage his sorrow is to run away... to Africa.Meantime, Will’s older, astute and devious brother Byron, has his own ideas on making his way through life. He wants money and power and he doesn’t care whom he treads on, including his own family. After four years absence, Will returns to England with a small fortune. Seeking his brother’s financial advice, Will is deceitfully manipulated in more ways than one.Bemused with life but accepting, Will drifts from place to place, Africa becoming another distant memory. Yet Will never forgets, always wondering where she is and what’s she doing. Dancing Ledge becomes a shrine to his sweetheart but what about his scheming brother? Will Byron ever reveal his deception?Peter Rimmer’s Just the Memory of Love is a deep, evocative and poignant epic of lost love, intrigue and dishonesty, set not only in the political landscape of Zambia but England too.

PETER RIMMER was born in London, England, and grew up in the south of the city where he went to school. The years went by and found him in Johannesburg founding an insurance brokering company. He opened his own companies in the United States of America, Australia, and Hong Kong and travelled extensively between the branches. Peter Rimmer now lives a reclusive life on his South African smallholding, writing his books.

1. Just the Memory of Love (The African Book Collection)

2. Just the Memory of Love