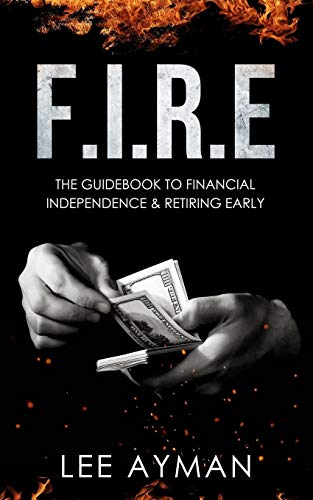 Description du livre Independently Published, United States, 2019. Paperback. Etat : New. Language: English. Brand new Book. The FIRE (Financial Independence, Retire Early) movement is a lifestyle movement whose goal is financial independence and retiring early. The model became particularly popular among millennials in the 2010s, gaining traction through online communities via information shared in blogs, podcasts, and online discussion forumsThose seeking to attain FIRE intentionally maximize their savings rate by finding ways to increase income or decrease expenses. The objective is to accumulate assets until the resulting passive income provides enough money for living expenses in perpetuity. Many proponents of the FIRE movement suggest the 4% rule as a guide, thus setting a goal of at least 25 times estimated annual living expenses. Upon reaching financial independence, paid work becomes optional, allowing for retirement from traditional work decades earlier than the standard retirement age.F.I.R.E is- Series of chapters, easy to read for anyone with no financial education, who strives for success- Challenge yourself to read only one chapter per day and it will go a long way- Shows people who have no idea how to manage money or finances, the basics for success- Defines the up-roaring F.I.R.E movement and how to reach it - Teaches you what to do, with simple ideas that you can grow and build upon to make your own. N° de réf. du vendeur APC9781080840854