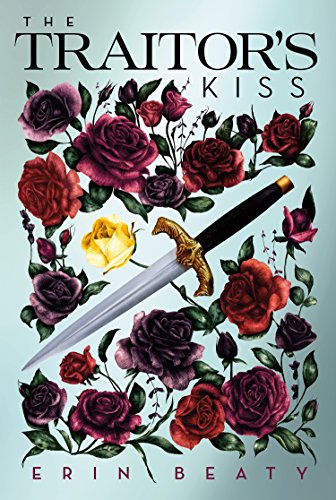 Présentation de l'éditeur :
An obstinate girl who will not be married.
A soldier desperate to prove himself.
A kingdom on the brink of war.

With a sharp tongue and an unruly temper, Sage Fowler is not what they’d call a lady―which is perfectly fine with her. Deemed unfit for marriage, Sage is apprenticed to a matchmaker and tasked with wrangling other young ladies to be married off for political alliances. She spies on the girls―and on the soldiers escorting them.

As the girls' military escort senses a political uprising, Sage is recruited by a handsome soldier to infiltrate the enemy ranks. The more she discovers as a spy, the less certain she becomes about whom to trust―and Sage becomes caught in a dangerous balancing act that will determine the fate of her kingdom.

With secret identities and a tempestuous romance, The Traitor’s Kiss is Jane Austen with an espionage twist.
Biographie de l'auteur :
Erin Beaty was born and raised in Indianapolis, Indiana, which means she can't drive a tractor, but she won't eat veggies that come from a can. She graduated from the U.S. Naval Academy with a degree in rocket science and served in the fleet as a weapons officer and a leadership instructor. She and her husband have five children, two cats, and a vegetable garden and live wherever the Navy tells them to go.

The Traitor's Kiss is her debut novel.