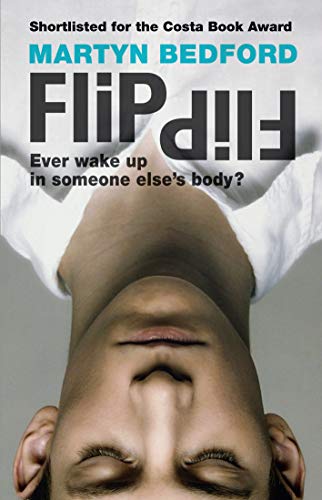 Alex couldn't have said what woke him that morning. It might have been the weird dream, or Mum calling up the stairs, or the sunlight streaming into the room. He lay in bed with that leftover adrenaline feeling of having been jolted out of a nightmare--it was forgotten the instant you woke up, but it vibrated in your mind like the aftershock of a slammed door. His legs were tangled in the duvet and his right arm was trapped beneath him, useless with pins and needles. He eased onto his back.

Another shout: "Come on, you're going to be late."

Late for what? It was a Saturday; he didn't have to be anywhere. She sounded odd, his mum--she had that familiar tone (I'm really losing my patience now), but there was something that he couldn't put his finger on. Probably she was just in one of her strops. Had Mum been cross with him when he'd come home the night before? Alex couldn't recall. As it happened, he had no recollection of coming in at all, but obviously, he must've done. The last thing he remembered was leaving David's at five to ten and running to beat his curfew. They'd spent the evening playing chess (he'd won), surfing YouTube, listening to the Killers. The usual.

He made a fist, then unclenched it. The pins and needles were gone but his arm still felt clumsy; all his limbs and joints seemed heavy. His mouth tasted foul. If he was coming down with something on the first weekend of the Christmas holiday, that would be so typical. But he didn't feel ill. He . . . well, Alex wasn't sure how he felt, exactly. Just out of sorts. A fragment of his nightmare resurfaced: a ladder, or a staircase, or a hill--something steep, anyway--and he was scrambling up it as fast as he could, with some creature grabbing at his feet, and Alex trying to kick himself free. What happened next, he didn't know. That must've been when he woke up. Maybe it was all to do with his legs being twisted in the bedding. "Philip! It's five to eight!"

No way could it be five to eight, with all this sunshine. More like ten or eleven. Alex turned to look at the alarm clock on his bedside table.

The clock wasn't there. Nor was the table.

Instead, there was a wall, and the wall wasn't blue and silver stripes anymore; it was a plain pale yellow. Now he thought about it, the daylight was coming in from the wrong angle. Alex sat up. The window wasn't where it should've been. Those weren't his curtains, either. That wasn't his wardrobe; those weren't his shelves; that wasn't his CD player; those weren't his posters (Basketball? Cricket?); and the carpet had been replaced by bare floorboards and a huge red and gold rug that looked like something out of Aladdin. Where were his clarinet stand, his music stand? How come his desk (which wasn't his desk and wasn't where it should have been) had a flat-screen PC on it? Why was his room so big?

Alex tried to figure out whose room this might be--whose house--and what on earth he was doing here. Why he was wearing another boy's T-shirt instead of his own pajamas. Why, in December, there was a thin summer duvet on the bed. And if that woman hollering up the stairs (again) wasn't his mother, whose was she? Philip's, presumably. Philip! she had shouted. Yes, it was Philip she was cross with, not Alex. In another bedroom, Philip was failing to get up in time for something. Philip was the key to this. The rational explanation. Dad reckoned there was a rational explanation for everything, even things that made no sense at all. UFOs, ghosts, God--they're just the names people have come up with for stuff they haven't worked out yet.

So the rational explanation: on his way home from David's, Alex had dropped by Philip's place and ended up crashing there for the night. Now he'd woken up too dopey, too confused to remember having done so. Like when you go on holiday and the first morning, you wake up surprised to find yourself in an unfamiliar bedroom. The part of his brain that expected him to be in his own room, his own home, was disoriented, failing to compute the messages his eyes were sending. Any moment now, it would all come back to him. That was it: the logical, reasonable, rational explanation.

Which would've been fine if he'd known anyone called Philip.
This was a big house. Off the landing outside the bedroom in which he'd woken up, there were three other doors (all closed), one set of stairs leading down and a narrow staircase ascending to what he supposed must be a converted attic. He tried each of the doors in turn: two bedrooms and a bathroom. Called up the stairs. Nothing. No people. No sign of "Philip," although one of the bedrooms looked recently slept in. A girl's room, not a boy's. A gothic teenage-angst thing was going on in there. He went down to the ground floor, to a high-ceilinged hallway that gave on to a sitting room, with another room off that. Both empty. Radio sounds drifted up through the floor. The kitchen had to be down in the basement, which was where he'd find the woman who had been yelling up the stairs. Philip's mum. When he found her, Alex would discover the solution to the puzzle of where he was, and why.

“Flip is captivating from beginning to end, with rich characters and a fascinating mystery. . . . Highly recommended!” --James Dashner, author of the Maze Runner series

What does it mean to have a soul whose will to live knows no limits?

One morning fourteen-year-old Alex wakes up to find himself in the wrong bedroom, in an unfamiliar house, in a different part of the country. Six months have disappeared overnight. The family at the breakfast table? Total strangers.

And when he looks in the mirror, another boy's face stares back. A boy named Philip, known as Flip. Unless Alex finds out what's happened and how to get back to his own life, he'll be trapped forever inside a body that belongs to someone else.

Martyn Bedford's debut novel for young adults is fearless and fast-paced, a riveting psychological thriller about a boy coming undone in the most extraordinary of circumstances.

"The mysteries are countless: What is a soul? Where does it go when its human host ceases to function? Bedford adeptly sweeps the existential curtain aside and tackles these heavy questions as the tension soars." --Kirkus Reviews, Starred