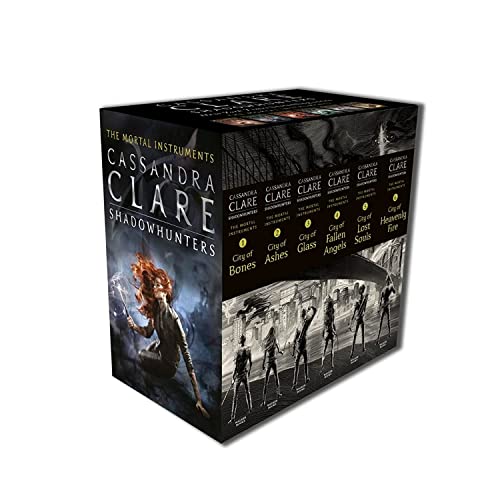 Enter the secret world of the Shadowhunters with this handsomely packaged boxed set that includes City of Bones, City of Ashes, City of Glass, City of Fallen Angels, City of Lost Souls, and City of Heavenly Fire. The Mortal Instruments books have more than five million copies in print, and this collectible set of six hardcover volumes is a perfect gift for newcomers to the series and for loyal fans alike.

Cassandra Clare was born to American parents in Tehran, Iran, and spent much of her childhood traveling the world with her family, including one trek through the Himalayas as a toddler where she spent a month living in her father s backpack. After college, Cassie lived in Los Angeles and New York, where she worked at various entertainment magazines and even some rather suspect tabloids where she reported on Brad and Angelina s world travels and Britney Spears wardrobe malfunctions. She is the author of the internationally bestselling The Mortal Instruments and The Infernal Devices series.