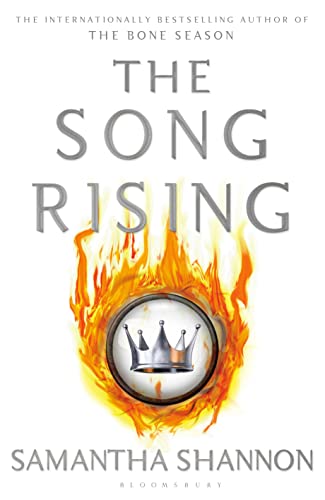 Samantha Shannon was born and raised in West London. She started writing in abundance when she was twelve, started her first novel when she was fifteen, and studied English Language and Literature at St Anne's College, Oxford, from 2010 – 2013, graduating with a 2:1. In 2013, she published The Bone Season, the internationally bestselling first installment in a seven-book series of fantasy novels. Its first sequel, The Mime Order, was published in 2015, and she's currently editing the third book in the series, The Song Rising. She is also working on a high fantasy novel. Film rights to the Bone Season are held by the Imaginarium Studios, Chernin Entertainment and 20th Century Fox.

The Bone Season 03. The Song Rising