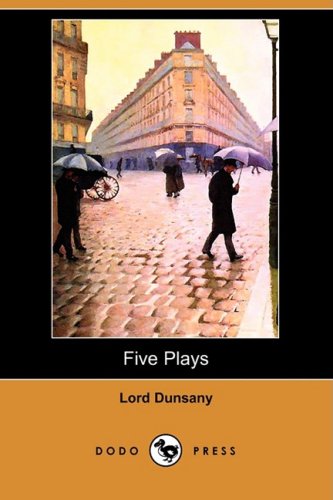 Description du livre Paperback. Etat : New. Language: English. Brand new Book. This edition contains the following 5 plays: The Gods of the Mountain, The Golden Doom, King Argimenes and the Unknown Warrior, The Glittering Gate and The Lost Silk Hat. Edward John Moreton Drax Plunkett, 18th Baron of Dunsany (1878-1957) was an Anglo-Irish writer and dramatist, notable for his work in fantasy published under the name Lord Dunsany. He was a prolific writer, penning short stories, novels, plays, poetry, essays and autobiography, and publishing over sixty books, not including individual plays. The stories in his first two books, and perhaps the beginning of his third, were set within an invented world, Pegana, with its own gods, history and geography. He was initially an Associate Member of the Irish Academy of Letters, and later a full member. He received an honorary doctorate from Trinity College Dublin. His works include The Gods of Pegana (1905), Time and the Gods (1906), The Sword of Welleran and Other Stories (1908), A Dreamer's Tales (1910), The Book of Wonder (1912), Fifty-One Tales (1915), The Last Book of Wonder (1916), Tales of Three Hemispheres (1919), The Man Who Ate the Phoenix (1949), and The Little Tales of Smethers and Other Stories (1952). N° de réf. du vendeur APC9781409924234