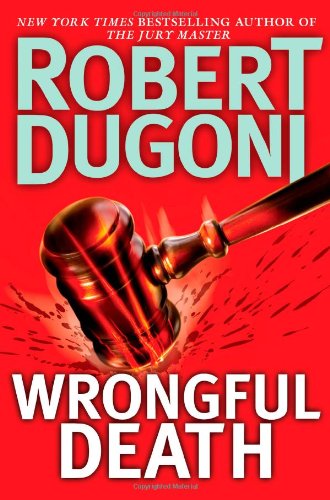 In this relentlessly suspenseful legal thriller from Robert Dugoni, the #1 Kindle bestselling author of MY SISTER’S GRAVE, attorney David Sloane takes on an unwinnable case that threatens to kill much more than his perfect courtroom winning streak... Things are going well for David Sloane: he’s basking in the victory of a $1.6 million wrongful-death verdict and enjoying life with his new wife Tina and stepson Jake. That is, until Beverly Ford asks him to sue the US military over the death of her husband James, an officer killed in Iraq. Sloane, by virtue of having been a soldier himself, feels duty bound to take on the seemingly impossible-to-win case. With virtually no evidence to work with, Sloane enlists Charles Jenkins, a former CIA agent turned PI, to help him find the only witnesses to the overseas death: the men James served with the night he died. When Sloane and Jenkins realize that two of the four officers who came home died soon after, and a third refuses to talk, their only hope is to find the youngest and most mysterious soldier and get the truth out of him...if they can keep him alive long enough to do so. As Sloane pushes the case forward in the courtroom and the investigation further in the field, he and Jenkins begin to realize just how deep this case goes...and how much danger Sloane and his new family are in. New York Times bestselling author Robert Dugoni is in top form in this nail-biting page turner. “Dugoni is a superb storyteller, and his courtroom drama shines.”—The Boston Globe “John Grisham, move over.”—The Seattle Times "Exhilarating...I could not put it down."-- Tess Gerritsen, NYT bestselling author of DIE AGAIN

When unbeatable attorney David Sloane agrees to help Beverly Ford sue the United States government in the mysterious death of her husband in Iraq, he confronts the biggest challenge of his career. With little hard evidence to go on, Sloane tracks down the other men serving with Ford the night he died. Alarmingly, two of them returned home alive, but didn’t stay that way for long. The elusive final—and youngest—soldier is his only shot at discovering the truth, if Sloane can keep him alive long enough to tell it.

As Sloane propels his case into a federal courtroom, a relentless killer stalks his wife and stepson. Now he must race to uncover what really happened on that fatal mission, not only to bring justice to a family wronged but to keep the people closest to him from becoming the next casualties.

Description du livre Soft cover. Etat : New. 1st Edition. This is an unread and clean copy of the advance review copy of this book by the bestselling novelist, marred only by a slight bend on the top edge of the back cover of this large paperback, and priced accordingly. 367 pages. N° de réf. du vendeur GWBST307