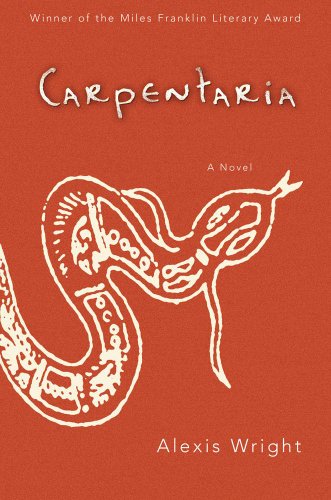 "* 'Wright's gift to Australian literature is Desperance... it's her uncanny ear for the particularities of local language and eye for striking symbolism that could carry Carpentaria into the classics sections of bookshelves in years to come.' - Michael Fitzgerald, Time Magazine * 'Wright's is the authentic aboriginal voice. With humour and occasional farce, but always with an underlying truthfulness, she delivers a brutal portrait of the physical and psychological violence between the white newcomers and the original inhabitants.' - The Economist * 'So comprehensive is Wright's vision that reading it is like looking at her world from the inside. It's an unashamedly big book - big in scope, ambition and physical size - and well-suited to the Gulf country it sings. It is also an important book.' - Liam Davison, Sydney Morning Herald * 'This is the kind of writing in which a reader can put their entire trust in the narrator, put the weight of their doubt in the narrator's hands. It is like being spoken to by someone with a voice you can trust, someone standing close by. It is as if you could hear their intake of breath, the compassion in their voice, their amusement at the foolishness of mortals.' --Alison Ravescroft, The Age

'An Australian masterwork' Thomas Keneally. * 'An astonishing tour de force' Guardian. * 'A monstrous work of genius' Independent. * 'A thundering, swelling epic' The Times. * 'Carpentaria will engage you, puzzle you and grip you. It is the most surprising novel I have read this year'. Time Literary Supplement. * 'A truly breathtaking Australian epic ... a sure-fire beachbuster.' --The Lady

Hailed as a "literary sensation" by The New York Times Book Review, Carpentaria is the luminous award-winning novel by Australian Aboriginal writer and activist Alexis Wright.

Alexis Wright employs mysticism, stark reality, and pointed imagination to re-create the land and the Aboriginal people of Carpentaria.

In the sparsely populated northern Queensland town of Desperance, loyalties run deep and battle lines have been drawn between the powerful Phantom family, leaders of the Westend Pricklebush people, and Joseph Midnight's renegade Eastend mob, and their disputes with the white officials of neighboring towns. Steeped in myth and magical realism, Wright's hypnotic storytelling exposes the heartbreaking realities of Aboriginal life.

By turns operatic and everyday, surreal and sensational, the novel teems with extraordinary, larger-than-life characters. From the outcast savior Elias Smith, religious zealot Mossie Fishman, and murderous mayor Bruiser to activist Will Phantom and Normal Phantom, ruler of the family, these unforgettable characters transcend their circumstances and challenge assumptions about the downtrodden "other." Trapped between politics and principle, past and present, the indigenous tribes fight to protect their natural resources, sacred sites, and above all, their people.

Already an international bestseller, Carpentaria has garnered praise from around the world.