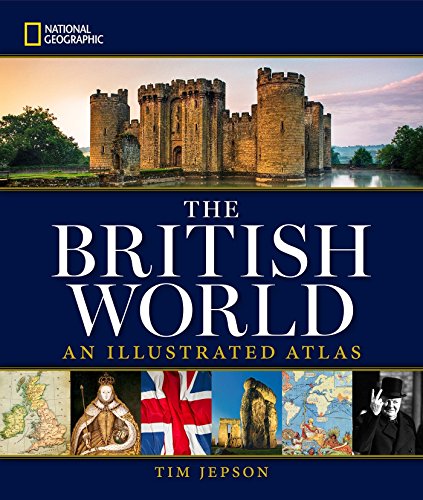 Spanning wars, religious controversies, revolutions, and more, The British World is a visual jewel illuminating the history of this fascinating land—and an essential reference to be treasured by history lovers young and old. The authoritative content, unearthed across thousands of years, immerses you in the full sweep of British history—from prehistory to the Romans, Saxons and Normans, the Medieval Age, Tudor Britain, the Stuarts, the Georgian and Victorian eras, and the modern age. The lush reference is interwoven with intriguing facts and insights into the fabric of British life, from literary highlights to social amusements to trends of the day. Sidebars examine significant people, as well as key cultural and artistic events. Featured quotes give voice to unforgettable characters such as Henry VIII, Shakespeare, Jane Austen, Sir Francis Drake, Queen Victoria, Winston Churchill, and Margaret Thatcher. You’ll discover time lines of key events in each chapter, and family trees trace the line of descent of the monarchy to the present. Blending compelling narrative, stunning photographs and artwork, and dozens of specially commissioned maps, The British World takes you on a fascinating journey through time and place to tell the story of the British Isles.

Tim Jepson is a London-based British writer, traveler, and broadcaster, as well as a cultural expert for National Geographic Expeditions. After graduating from Oxford University, Jepson lived and worked in Italy, where he worked as a mountain guide and wrote for a variety of British newspapers. He has since written more than 20 books on a wide range of subjects, including several titles for National Geographic, as well as numerous articles for other publications worldwide. He worked for several years as a travel editor for London’s Daily Telegraph. Jepson continues to travel extensively, and in his spare time is a keen hiker and semiprofessional musician.