Sleep and Sleeplessness in Byzantium 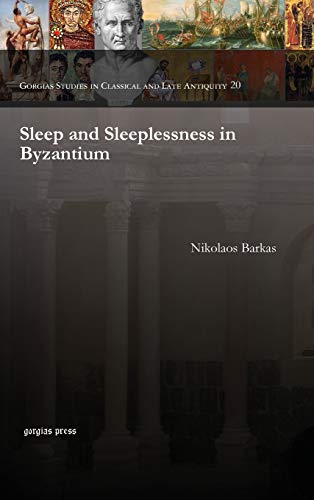 1. Sleep and Sleeplessness in Byzantium (Hardback)

Description du livre Gorgias Press, United States, 2016. Hardback. Etat : New. Language: English. Brand new Book. In recent decades certain historians have intimated that Byzantine society - and monastics in particular - suffered from a lack of sleep (whether described in negative terms as sleep deprivation or sleep abstinence). Sleep-abstinence surely permeated Byzantine society: it is encountered in every age, sex and class, together with its institutions, beliefs, practices, rituals, morals and mythologies. However, sleep is a biological phenomenon as well. One cannot possibly appreciate the Byzantines' stance towards it, nor assess the veracity, aims and effectiveness of their ideas and attitudes in relation to sleep-abstinence, unless one is ready to tackle the biological aspect. Moreover, without the biological aspect, the claim that the Byzantines were sleep-deprived is impossible to substantiate. This book approaches this subject by using a bio-cultural method, which combines sleep medicine with theology, history, and critical research, in order to analyse the practice of sleep-abstinence and the attitudes towards sleep in Byzantium. Focusing on Greek documentary sources, this book investigates whether Byzantines did indeed practice sleep abstinence or sleep deprivation, and their rationales for curtailing their sleep. Chapters cover the mechanics of sleep in the modern world and in the ancient world, the place of monastic vigil, and the vigil of the laity. N° de réf. du vendeur LHB9781463202378

2. Sleep and Sleeplessness in Byzantium

3. Sleep and Sleeplessness in Byzantium (Gorgias Studies in Classical and Late Antiquity)