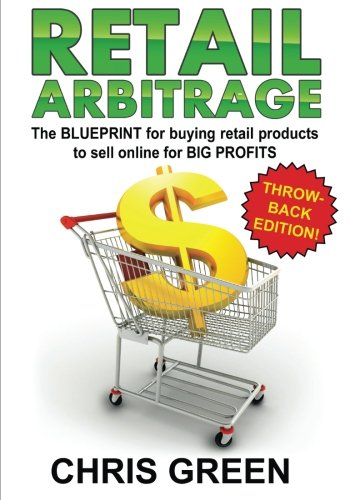 My name is Chris Green and this is the first book that I wrote about selling products online and sourcing them at retail stores. I first published this book in September 2011. The story behind this book was that I wanted to write a long PDF about Amazon and FBA that answered all of the most common questions that were being asked. After I started writing, it ended up being a lot like a book so I looked into self-publishing options. It ended up being really easy and this book was released. I later stopped printing the book because I felt that the book was too long and basically covered two topics. The fist being the business model of arbitrage (along with Amazon and Fulfillment By Amazon (FBA)) and the second being process of sourcing products at retail stores. Not everyone who wanted to learn about arbitrage, Amazon, and FBA also wanted to learn more about sourcing products at retail stores. For them, the book was unnecessarily long and that also added to the production cost of the book. So I rewrote the book, took out the retail sourcing stuff, and just called it Arbitrage. It was published in September of 2013. It was shorter and priced at just $9.95. It’s on Amazon here: http://www.amazon.com/dp/1478251891 You can read the reviews here: http://www.amazon.com/dp/1478251891/reviews#customerReviews It’s an updated version of this original book. It’s only $9.95 and you get the Kindle copy for free with paperback purchase. Kindle copy is only $2.99 by itself, or you can read the Kindle copy for free if you are an Amazon Prime member.