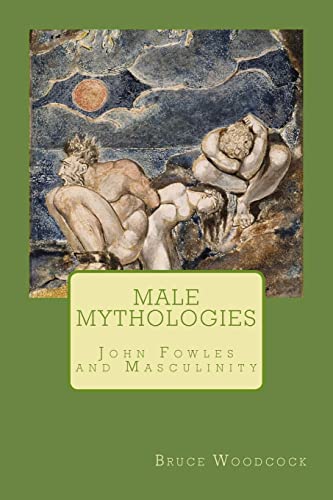 Description du livre Paperback. Etat : New. Language: English. Brand new Book. John Fowles is one of the most significant British novelists of the second half of the twentieth century, exploring the possibilities and limits of individual freedom in narratives which challenge, startle and entertain with their virtuosity. Influenced by existentialism and a newly-emergent wave of feminism, his depictions of men, male power and masculinity expose the inherrent contradictions lived out not just by his characters, but also himself as a male novelist. While laying bare masculinity as a social and cultural construct, Fowles also dramatises his own contradictory status as part of the problem he is analysing. He both deconstructs and reconstructs male mythologies. First published in 1984, this pioneering and controversial study examines Fowles's works in the context of newly-emergent discussions about masculinity. It lays claim to being the first study of the depiction of masculinity in fiction, as well as one of the earliest full-length studies of Fowles. The novels discussed are: 'The Collector', 'The Magus', 'The French Lieutenant's Woman', 'Daniel Martin', Mantissa', and a more recent essay on 'A Maggot' is included for the sake of completion. The study also includes coverage of gender and masculinity theory, as well as Fowles's essays and interviews. Fowles was candid about the psychoanalytical origins of his fictional obsession with mysterious women figures, and he was equally direct in tracing his own critical awareness of the 'limits of masculinity', to use Andrew Tolson's phrase, back to his own early experiences in public school. From these roots comes his dissection of the experience of being a man, with inevitably contradictory results. In 'The Collector' Fowles virtually invents the genre of the serial killer crime novel: it appeared in 1963, three years after Michael Powell's equally disturbing foray into the genre in 'Peeping Tom'. Fowles's central character, Frederick Clegg, is a collector whose obsession with butterflies mutates into an obsession with a young woman called Miranda, who he captures and imprisons in his cellar. Mixing Shakespeare's 'The Tempest' and Bartok's 'Bluebeard's Castle', with a dash of pioneering postmodernist fictional game-playing thrown in, the novel presents a disturbing dramatisation of male power and powerlessness. 'The Magus' became a cult novel of the later 1960s with its page-turning narrative pyrotechnics that draw the reader into a bewildering maze. But at the heart of the novel is the utterly flawed 'hero' Nicholas, struggling in the web of illusion cast by the magus-figure Conchis. With sly echoes of his own fictional god-game, Fowles exposes how Nicholas follows the script of male mythologies through the bizarre twists of Conchis's plots. 'The French Lieutenant's Woman' is Fowles's most haunting and enduring novel, with the famous image of a mysterious woman looking out to sea from the Cobb at Lyme Regis as its genesis. But its central character is another flawed male, Victorian amateur evolutionist Charles, struggling to evolve himself in the face of the challenges thrown at him by Sarah, his nemesis. 'Daniel Martin' returns Fowles to the contemporary male in the eponymous 'hero', a proto-novelist turned Hollywood scriptwriter, whose struggle towards existential authenticity leads him to confront his masculine identity and all its problems. 'Mantissa' is Fowles's most peculiar novel, flirting as it does with pornographic scenarios as a vehicle to expose the sexual obsessions of the male novelist character, Miles, but it is Fowles's most direct depiction of the male mythologies behind his own fiction. Since the first publication of this work, literary studies of masculinity have developed significantly but the problems explored in the book have only intensified and become more urgent, making Fowles's engagement with them of continuing interest and importance. Nį de rťf. du vendeur APC9781492984849