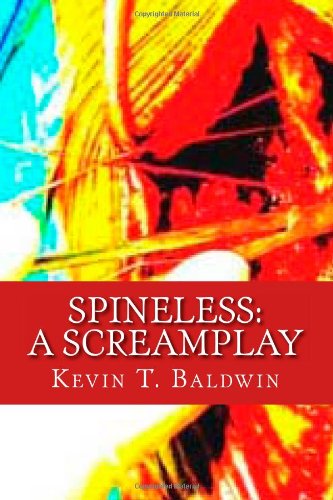 Description du livre Paperback. Etat : New. Large Print. Language: English. Brand new Book. A story told in screenplay format. Who speaks for the dead? Spineless is a dark supernatural thriller exploring the possibility that spirits of those unjustly and brutally murdered have dreams and expectations, too. Detective Noah Beaumont is brought in on the scenes of a series of bizarre murders in a small town in Florida. Four people, three women and one man, have been brutally murdered. Portions of their spinal columns have been surgically removed from their bodies, and then the bodies are meticulously sewn up again. Beaumont 's young daughter, Brittany, has been seeing apparitions of two dead children for weeks, but has no idea who they are. Neither Beaumont nor his wife understand what Brittany's reoccurring dream means, at first. While his wife consults with an unusual array of specialists on Brittany 's problems, Beaumont is forced to work his case with an FBI agent who was once his partner. The man had "frozen" in fear during a sniper attack. Beaumont learns many truths about Brittany 's visions, the Spineless killer, and even about himself. Spineless literally refers to the victims, but this story is also a metaphor for the struggle of courage opposing cowardice. N° de réf. du vendeur APC9781494489908