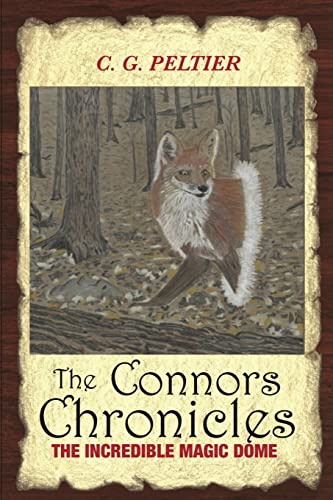 Description du livre Paperback. Etat : New. Language: English. Brand new Book. With a kingdom in crisis, the forces of good must band together in C. G. Peltier's intriguing new fantasy novel and second in the series, The Connors Chronicles: The Incredible Magic Dome. Perfect for young adult readers and older alike, this epic blend of human drama and breathtaking magic finds the nearly fifteen-year-old royal wizard twins, Charlie and Kelly Connors, struggling to find their role in the rebel resistance. After Charlie and Kelly's grandfather, King Charles Connors the III's death, the twin's comfortable castle lives changed forever. Before their parents were secretly stunned and taken out to Strugard Wizard Prison, they asked the loyal castle staff to escape with their twins, the Connors Chest, three crystal domes and two thickly covered books with five blank pages. They then barred all the doors to the castle's royal quarters and stayed to buy time for the staff and children's escape. With dark magic spells confining them, there is little hope of rescue from the outside or escape from within. All Charles and Catherine can do is to stay alive and hope someone will be able to remove the spells and allow them to return to their twins and their country. Now, after nearly four years of living in the shadows, the twins see their rebel friends leaving the dome and risking their lives on the Connors behalf. The twins are frustrated. Theses wizards and witches regularly go out into the dangerous world beyond the Oak Forest in search of a way to match Drake Aldric's evil Master Plan and his superior dark magical powers and protection while they sit and watch. The rebels are discouraged in their attempts to match Aldric's dark magic skills, because the dark wizard had made sure that no one would ever find the source of his ancient and forbidden dark magic. The dark wizard from the east is the most dangerous wizard known and he wants to keep it that way. It is fortunate that Charlie and Kelly have such protective friends. Without these rebel friends, they would not be alive today. Grateful as they are, they also feel smothered. It is as if they are in prison like their parents, but of a different kind. As a Prince of Freedonia, Charlie knows that he is next in line to be king after his father, but he will not let a mere title keep him from joining the rest of his rebel friends in their quest counter Aldric's master plan and restore their country to what it once was. Slim as it is, as long as one Connors is still living, they are the true rulers of Freedonia and there is still hope. That is something that Drake Aldric wants to remedy and he needs to eliminate the Connors boy comes of age. His fifteenth birthday is approaching quickly. N° de réf. du vendeur APC9781506185552