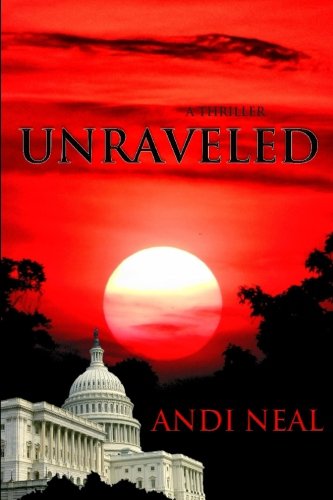 Description du livre Paperback. Etat : New. Language: English. Brand new Book. A pulse-racing page turner, Unraveled is the debut novel of thriller author Andi Neal. With heart pounding, fast paced action and gripping plot twists, this political conspiracy thriller will keep you guessing until the very end. "Are you getting this?" he whispered. The stub in his ear came to life with Jack's voice. "Yeah. I'm in position. Whenever you're ready. And remember, at least one kill." In the national capital, politics are the name of the game. No one is more aware of this than FBI Special Agent Kat Winters. But when she is assigned to the investigation of the kidnapping of a senator's daughter, it's clear that there is more to this case than meets the eye. Teaming up with disheveled and often bewildered computer programmer Pete Douglas, the two set off into the unknown land of Colombia to follow the only lead they have. Meanwhile, already in the heart of the Colombian jungle, undercover DEA agents Riley Dawson and Jack Randall find themselves in a heap of trouble as an unidentified American woman threatens to blow their cover. As the two separate to investigate this new introduction, Jack faces a group he's not sure he can trust, and Riley must make the decision to attempt a daring rescue from behind enemy lines. Thrown from treacherous treks through the jungle into the political arena of Washington, D. C., Unraveled forces this team of unlikely partners to face the deadliest and the most shocking of enemies. Unraveling the threads of the tangled web of lies and deception will become a matter of life or death. Together they must find the strength to face their fears and survive their fate. With her signature style of fast paced action and daring suspense, along with a splash of humor and romance, Andi Neal delivers an electrifying roller coaster ride of thrills. A stand-alone novel, Unraveled is the foundation from which Andi Neal launched her thrilling, action adventure series, The Progeny Novels. Six Friends. Three Couples. Seven Children. One Family. Years ago, before a family was born, six individuals came together on a journey that would change their lives forever. Now, nearly thirty years later, those six individuals, along with their children, have molded together into one peaceful family. But what the three couples don't know.is that their children are more like them than they realize. Andi's debut novel Unraveled began the journey. Now the adventure continues with the Progeny Novels!. N° de réf. du vendeur APC9781508664536