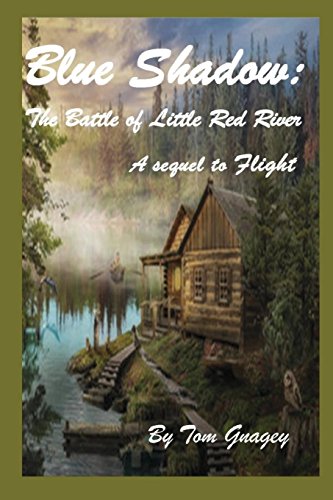 Description du livre Paperback. Etat : New. Language: English. Brand new Book. This action adventure sequel to the book, Flight, finds Grampa and Grandson, on the move again, a part of the CIA's, new identity, program. With new names - Harry and Gary - they find themselves in another tourist town, the tiny, Arkansas, village of Blue Shadow where they are the proprietors of a shop that sells music boxes. They immediately find themselves in the midst of an international ring of 'hit men' and secret codes sent in the tunes on the music boxes. Gary works to figure out how the tiny gadgets work. They also find themselves engaged in a mystery involving the 150-year-old skeleton of a Union Army soldier and a secret stash of gold and currency hidden decades before by the Confederacy. Gary meets other young teens and finds himself interested in a very sweet girl. Two chapters contain a story - civil war historical fiction - written by Gary, about two boys during the civil war - one white and free from Illinois and one black, a slave from southern Arkansas. It traces their parallel, though separate, lives from birth to age seventeen when the white boy is a fresh, Union soldier, and the black boy is a recent runaway, trying to make his way to freedom in the north. A few scenes about battles and treatment of the slaves are a bit graphic and the younger reader is cautioned to, perhaps, read them with a parent. Blue Shadow is the second in a set of teen novels based on the same two characters. The first is, Flight, which should be read first because the story continues. For young readers who enjoy action thriller books this teen mystery book should fill the bill nicely. N° de réf. du vendeur APC9781520586434