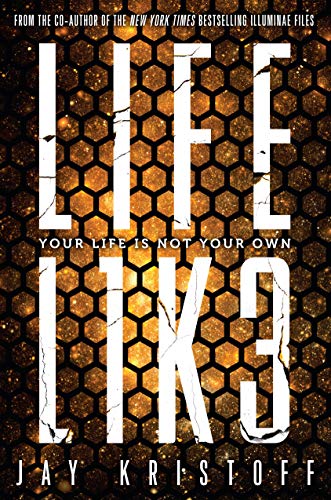 Almost everybody called her Eve.

At first glance, you might’ve missed her. She wouldn’t have minded much. Hunched on the shoulder of a metal giant, she was just a silhouette amid the hiss and hum and halos of glittering sparks. She was tall, a little gangly, boots too big and cargos too tight. Sun-bleached blond hair was undercut into an impressive fauxhawk. Her sharp cheekbones were smudged with grease, illuminated by the cutting torch in her hands. She was seventeen years old, but she looked older still. Just like everything around her.

A black metal sphere sat in the socket where her right eye should’ve been. Six silicon chips were plugged behind her right ear, and a long oval of artificial flesh ran from her temple to the base of her skull. The implant obviously wasn’t made for her--the skin tone was a little too pale to match her complexion.

It was just about the right shape for a nasty exit wound.

The girl almost everyone called Eve clamped a screwdriver between her teeth, glanced at the monitors across from her work pit. A high-def image showed the arena above her head, three hundred meters wide, littered with scorched barricades and the rusting hulks of previous competitors. The EmCee stood in the spotlight, wearing a sequined jacket and a matching bowler hat. There was no need for a mic. Her voice fed directly to the PA via implants in her teeth.

The crowd roared. Thousands of them clinging like limpets to the Dome’s bars, humming, thrumming, feet all a-drumming. Most were the worse for stims or a bellyful of home brew, drunker still at the thought of the carnage to come. Their vibrations sank into Eve’s bones, and she couldn’t help but smile. Tasting her fear and swallowing it whole.

“In the blue zone,” cried the EmCee, “the condemned! A fritzer, fresh from the border of the Glass, with the murder of seventy-two accredited citizens on its head. Brought here tonight for a taste of oldskool justice! All y’all give this fug a warm and fuzzy Dregs welcome. Some volume, if you please . . . for GL-417!”

Blue floodlights arced at the Dome’s north end, and the floor panels rolled away. A hulking lump of robotic menace rose into view amid a hail of spit and jeers. Eve’s insides turned slippery cold at the sight on her monitor. Her cutting torch wavered in her hands.

Hard to swallow your fear with no spit, isn’t it?

The robot in the blue zone loomed ten meters high. Bulky as a battleship, it looked like a high-speed collision between an earthmover and some armored knight from the history virtch. It was a heavy-combat model, Goliath-class, and the thought of a bot that lethal throwing down under the Dome lights sent punters lunging for their pockets and bookies scrambling for their tabs.

“This is going to be a massacre,” said a tinny voice in Eve’s left ear.

Ignoring the warning, she finished her welding, her dark goggles held up to what she thought of as her good eye. Talking true, the glossy black optical implant that replaced her right peeper saw better than her real one--it had flare compensation, a telescopic zoom, low-light and thermal imaging. But it always gave her headaches. Whirred when she blinked. Itched when her nightmares woke her crying.

“How’s that, Cricket?” she shouted.

“Targeting only shows a 13.7 percent improvement.”

Cricket peered out at her from the pilot’s chair with his mismatched eyes. The little robot’s face couldn’t show expressions, but he wiggled the metal slivers that passed for his eyebrows to show his agitation. He was a homunculus of spare parts, forty centimeters tall, the color of rust. There was no symmetry to him at all. His optics were too big for his head, and his head was too big for his body. The heat sinks on his back and across his scalp looked like the spines of an animal from old history virtch. Porcupines, they used to call ’em.

“Well, it’s showtime, so it’ll have to do,” Eve replied. “That Goliath is big as a house, so it’s not like it’s gonna be tricky to hit.”

“This might sound stupid, but you could always back out of this, Evie.”

“Okay, now why would you think that’d sound stupid, Crick?”

“You know better than this.” Cricket scrambled down to the floor. “Shouldn’t even be throwing down in the Dome. Grandpa would blow a head gasket if he found out.”

“Who do you think taught me how to build bots in the first place?”

“You’re punching too far above your weight on this one. Acting a damn jackass.”

“Grandpa’s gonna wipe you if he hears you swear like that.”

Cricket placed one hand on his chest with mock solemnity. “I am as my maker intended.”

Eve laughed and scaled across to the cockpit. The fit was snug; her machina stood only six meters high, and there was barely enough room for her beside the viewscreens and control sleeves. Most of the machina competing in Dome bouts were salvaged infantry models, but Eve’s baby was Locust-class, built for lightning-quick assaults on fortified positions during the CorpState Wars. Humanoid in shape, what it lacked in bulk, it made up for in speed, and it was customized for bot wrecking--serrated claws on its left hand, a jet-boosted pickax on its right. Its armor was painted in a violent camo of black and luminous pink. Eve dropped into the pilot’s chair and shouted down to Cricket.

“Does my butt look big in this?”

“Do you want the truth?” the little bot replied.

“Do you want me to disable your voice box again?”

“Seriously, Evie, you shouldn’t go up there.”

“It’s an opening spot, Crick. We need the scratch. Badly.”

“Ever wonder why you got offered first swing against a bot that big?”

“Ever wonder why I keep calling you paranoid?”

Cricket placed his hand back on his chest. “I am as my maker--”

“Right, right.” Eve smiled lopsided, running through the start-up sequence. “Jump on the monitors, will you? I’ll need your eyes when we throw down.”

Eve was always amazed at how well the little robot sighed, given he didn’t have any lungs to exhale with.

“Never fear, Crick.” She slapped her machina’s hide. “No way a bot this beautiful is getting bricked by some fritzer. Not while I’m flying it.”

The voice piped up through the speaker in Eve’s ear. “Right. Have some faith, you little fug.”

“No problem. I can have all your stuff when you die, right?”

"Kristoff's vivid world of grit, metal, and technology evokes all the senses, and his character' every emotion. This is a breathless, action-packed exploration of what humanity really means." — Marie Lu, #1 NYT Bestselling Author of The Young Elites

“I’d like to live in the vivid and raw world of LIFEL1K3, if only I wasn't certain it would kill me." —Beth Revis, bestselling author of Star Wars: Rebel Rising and the Across the Universe trilogy

“Put this grimy, beautiful, devastating, hilarious, screaming, writhing, all-out post-apocalyptic girl-buddy-road-warrior-lost princess-techno-thriller in your face and read it right now. It is every kind of badass.” —Laini Taylor, bestselling author of Strange the Dreamer and the Daughter of Smoke & Bone trilogy

"Make LIFEL1K3 your next favorite book. Trust me." —Kiersten White, New York Times bestselling author of And I Darken

"[A] thoughtful and thought-provoking work of science fiction."—VOYA, starred review

“A fast-paced adventure full of energy and verve that will leave readers breathless.” —School Library Journal