Articles liés ŕ It is MY Lightning & Thunder: A Miracle Love Story

Clark, Albert It is MY Lightning & Thunder: A Miracle Love Story 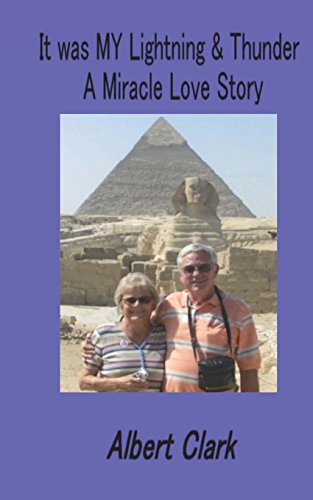 It is MY Lightning & Thunder: A Miracle Love Story (Paperback)

Description du livre Paperback. Etat : New. Language: English. Brand new Book. This is the miracle filled love story. As outlandish as some of this is, it is true. I was told by Mayo Clinic that I had Turner Syndrome and could never have children. I finished high school at an Episcopal Girl's School in another state than where my parents lived. i then went to a girl's college in Saint Louis. I didn't think any man would want me. I tried to join the military but was turned down because of my ailment. I then tried to become a nun and was turned down for the same reason. I decided I was going to live out my life alone as an old maid. No, I didn't like other girls, I just had not and did not expect to ever find a husband. My parents did not approve of any boy they ever met. Then the first miracle happened when I was 26. We met during a thunderstorm. He was a young Air Force Captain. The first words out of his mouth were, "We both like thunderstorms, let's get married." I did not take him seriously, but he kept hanging around and I was attracted to him. I had girlfriends in the same apartment building that were single, the same age and prettier. Why was he pursuing me? I decided I might as well go along with him and see where it went. My parents liked him and pushed me to go after him. I agreed to marry him when it looked like the military might separate us. I could not stand to lose him after our year of dating. We had a series of miracles throughout our life. For the next 45 years I could not have been happier. Some of the things that happened during these years when we were married were beyond belief except they happened. Some are funny but special memories. Not intentionally, but in our first three days in Paris we got locked in the public park at night in front of the Louve and had to go over the fence at the steps of the Louvre in front of French teenage lovers that had congregated there. The next night the last guard at the Louvre was locking the door when we got there. The next night we were temporarily locked on the upper balcony outside the Notre Dame Cathedral by the gargoyles for the night but were rescued by a janitor that came up to empty a trash can. When we returned to the states we were told it was impossible to adopt a newborn, but three months later we adopted a three week old blue eyed American boy paying only the investigation and court fees. A few years later, the miracle was repeated when we adopted a blue eyed girl baby. It seemed like God was watching out for me. We could dare to try anything knowing God would make it work. We could go where we wanted like to Yellowstone National Park without reservations and get a prime campsite or Grand Canyon in the summer without reservations. God provided. Then after 45 years I had an allergic reaction to some flowers and insisted on going to the hospital. Big mistake. The doctors did not believe it was an allergy attack and did everything wrong until after two weeks I gave it up. When I took my last breath lightning came out of nowhere with the thunder shaking the hospital as the hospital emergency generator was destroyed. When I went to heaven I found ways to tell Al and my children that I was still with them. I sometimes appeared in dreams to pass on information form heaven. Sometimes, when they were awake I came to them as various birds acting in ways that they knew was me and not just common birds. When will a blue jay land on your picnic table and walk up to you? How about appearing as a cardinal at two different memorial services in two different states. At the end of this book, I will tell you what it is like to be in heaven and it is probably not what you think, but will make sense when you think about it. N° de réf. du vendeur APC9781545172339