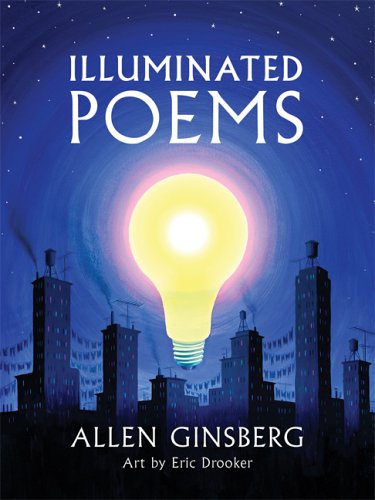 Marking the fiftieth anniversary of "Howl," Illuminated Poems celebrates the collaboration of two visionaries of different generations: Allen Ginsberg, the quintessential Beat and America's best-known poet, and Eric Drooker, the New Yorker cover artist whose provocative, apocalyptic images add a new dimension and urgency to Ginsberg's poems. Illuminated Poems contains two works only available in this volume, an introduction by Ginsberg, and thirty-four poems from 1948 through the present day, including the poem "Howl" in its entirety. Perhaps the single poem that captures the anguish and aspirations of the Beat Generation, "Howl" was originally published fifty years ago and is one of the most widely read poems of the twentieth century.

Eric Drooker is a third generation New Yorker, born and raised on Manhattan Island. His paintings are seen on covers of the New Yorker, and numerous book, CD and magazine covers. He's the award-winning author of several books, including Flood! A Novel in Pictures and Blood Song: A Silent Ballad. His art hangs in many collections, both public and private, and has been exhibited internationally.

Allen Ginsberg is the quintessential beat poet whose poem "Howl" is perhaps the single poem that best captures the anguish and aspirations of the Beat Generation.