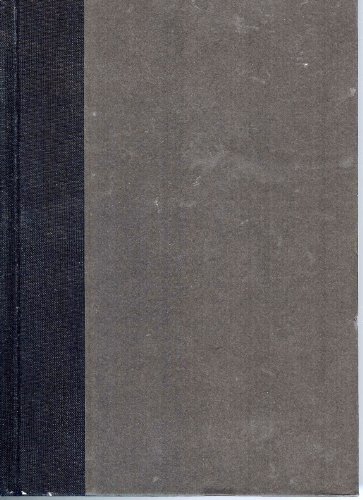 Henry David Thoreau was the last male descendant of a French ancestor who came to this country from the Isle of Guernsey. His character exhibited occasional traits drawn from this blood, in singular combination with a very strong Saxon genius.

He was born in Concord, Massachusetts, on the 12th of July, 1817. He was graduated at Harvard College in 1837, but without any literary distinction. An iconoclast in literature, he seldom thanked colleges for their service to him, holding them in small esteem, whilst yet his debt to them was important. After leaving the University, he joined his brother in teaching a private school, which he soon renounced. His father was a manufacturer of lead-pencils, and Henry applied himself for a time to this craft, believing he could make a better pencil than was then in use. After completing his experiments, he exhibited his work to chemists and artists in Boston, and having obtained their certificates to its excellence and to its equality with the best London manufacture, he returned home contented. His friends congratulated him that he had now opened his way to fortune. But he replied that he should never make another pencil. "Why should I? I would not do again what I have done once." He resumed his endless walks and miscellaneous studies, making every day some new acquaintance with Nature, though as yet never speaking of zoology or botany, since, though very studious of natural facts, he was incurious of technical and textual science.

At this time, a strong, healthy youth, fresh from college, whilst all his companions were choosing their profession, or eager to begin some lucrative employment, it was inevitable that his thoughts should be exercised on the same question, and it required rare decision to refuse all the accustomed paths and keep his solitary freedom at the cost of disappointing the natural expectations of his family and friends: all the more difficult that he had a perfect probity, was exact in securing his own independence, and in holding every man to the like duty. But Thoreau never faltered. He was a born protestant. He declined to give up his large ambition of knowledge and action for any narrow craft or profession, aiming at a much more comprehensive calling, the art of living well. If he slighted and defied the opinions of others, it was only that he was more intent to reconcile his practice with his own belief. Never idle or self-indulgent, he preferred, when he wanted money, earning it by some piece of manual labor agreeable to him, as building a boat or a fence, planting, grafting, surveying or other short work, to any long engagements. With his hardy habits and few wants, his skill in wood-craft, and his powerful arithmetic, he was very competent to live in any part of the world. It would cost him less time to supply his wants than another. He was therefore secure of his leisure.

A natural skill for mensuration, growing out of his mathematical knowledge and his habit of ascertaining the measures and distances of objects which interested him, the size of trees, the depth and extent of ponds and rivers, the height of mountains and the air-line distance of his favorite summits--this, and his intimate knowledge of the territory about Concord, made him drift into the profession of land-surveyor. It had the advantage for him that it led him continually into new and secluded grounds, and helped his studies of Nature. His accuracy and skill in this work were readily appreciated, and he found all the employment he wanted.

He could easily solve the problems of the surveyor, but he was daily beset with graver questions, which he manfully confronted. He interrogated every custom, and wished to settle all his practice on an ideal foundation. He was a protestant à outrance, and few lives contain so many renunciations. He was bred to no profession, he never married; he lived alone; he never went to church; he never voted; he refused to pay a tax to the State; he ate no flesh, he drank no wine, he never knew the use of tobacco; and, though a naturalist, he used neither trap nor gun. He chose, wisely no doubt for himself, to be the bachelor of thought and Nature. He had no talent for wealth, and knew how to be poor without the least hint of squalor or inelegance. Perhaps he fell into his way of living without forecasting it much, but approved it with later wisdom. "I am often reminded," he wrote in his journal, "that if I had bestowed on me the wealth of Crœsus, my aims must be still the same, and my means essentially the same." He had no temptations to fight against--no appetites, no passions, no taste for elegant trifles. A fine house, dress, the manners and talk of highly cultivated people were all thrown away on him. He much preferred a good Indian, and considered these refinements as impediments to conversation, wishing to meet his companion on the simplest terms.
He declined invitations to dinner-parties, because there each was in every one's way, and he could not meet the individuals to any purpose. "They make their pride," he said, "in making their dinner cost much; I make my pride in making my dinner cost little." When asked at table what dish he preferred, he answered, "The nearest." He did not like the taste of wine, and never had a vice in his life. He said--"I have a faint recollection of pleasure derived from smoking dried lily-stems, before I was a man. I had commonly a supply of these. I have never smoked anything more noxious."

He chose to be rich by making his wants few, and supplying them himself. In his travels, he used the railroad only to get over so much country as was unimportant to the present purpose, walking hundreds of miles, avoiding taverns, buying a lodging in farmers' and fishermen's houses, as cheaper, and more agreeable to him, and because there he could better find the men and the information he wanted.

There was somewhat military in his nature, not to be subdued, always manly and able, but rarely tender, as if he did not feel himself except in opposition. He wanted a fallacy to expose, a blunder to pillory, I may say required a little sense of victory, a roll of the drum, to call his powers into full exercise. It cost him nothing to say No; indeed he found it much easier than to say Yes. It seemed as if his first instinct on hearing a proposition was to controvert it, so impatient was he of the limitations of our daily thought. This habit, of course, is a little chilling to the social affections; and though the companion would in the end acquit him of any malice or untruth, yet it mars conversation. Hence, no equal companion stood in affectionate relations with one so pure and guileless. "I love Henry," said one of his friends, "but I cannot like him; and as for taking his arm, I should as soon think of taking the arm of an elm-tree."

Yet, hermit and stoic as he was, he was really fond of sympathy, and threw himself heartily and childlike into the company of young people whom he loved, and whom he delighted to entertain, as he only could, with the varied and endless anecdotes of his experiences by field and river: and he was always ready to lead a huckleberry-party or a search for chestnuts or grapes. Talking, one day, of a public discourse, Henry remarked that whatever succeeded with the audience was bad. I said, "Who would not like to write something which all can read, like Robinson Crusoe? and who does not see with regret that his page is not solid with a right materialistic treatment, which delights everybody?" Henry objected, of course, and vaunted the better lectures which reached only a few persons. But, at supper, a young girl, understanding that he was to lecture at the Lyceum, sharply asked him, "Whether his lecture would be a nice, interesting story, such as she wished to hear, or whether it was one of those old philosophical things that she did not care about." Henry turned to her, and bethought himself, and, I saw, was trying to believe that he had matter that might fit her and her brother, who were to sit up and go to the lecture, if it was a good one for them.

Henry David Thoreau (born David Henry Thoreau) was an American author, naturalist, transcendentalist, tax resister, development critic, philosopher, and abolitionist who is best known for Walden, a reflection upon simple living in natural surroundings, and his essay, Civil Disobedience, an argument for individual resistance to civil government in moral opposition to an unjust state. Thoreau's books, articles, essays, journals, and poetry total over 20 volumes. Among his lasting contributions were his writings on natural history and philosophy, where he anticipated the methods and findings of ecology and environmental history, two sources of modern day environmentalism. In 1817, Henry David Thoreau was born in Massachusetts. He graduated from Harvard University in 1837, taught briefly, then turned to writing and lecturing. Becoming a Transcendentalist and good friend of Emerson, Thoreau lived the life of simplicity he advocated in his writings. His two-year experience in a hut in Walden, on land owned by Emerson, resulted in the classic, Walden: Life in the Woods (1854). During his sojourn there, Thoreau refused to pay a poll tax in protest of slavery and the Mexican war, for which he was jailed overnight. His activist convictions were expressed in the groundbreaking On the Duty of Civil Disobedience (1849). In a diary he noted his disapproval of attempts to convert the Algonquins "from their own superstitions to new ones." In a journal he noted dryly that it is appropriate for a church to be the ugliest building in a village, "because it is the one in which human nature stoops to the lowest and is the most disgraced." (Cited by James A. Haught in 2000 Years of Disbelief.) When Parker Pillsbury sought to talk about religion with Thoreau as he was dying from tuberculosis, Thoreau replied: "One world at a time." Thoreau's philosophy of nonviolent resistance influenced the political thoughts and actions of such later figures as Leo Tolstoy, Mohandas K. Gandhi, and Martin Luther King, Jr. D. 1862.

1. Walden and other writings

2. Walden and other writings

4. Walden and other writings