Capital Dilemma:: Germany's Search for a New Architecture of Democracy 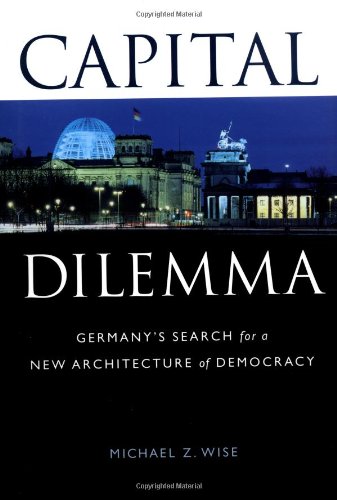 The decision to move Germany's government seat from Bonn to Berlin by the year 2000 poses an epic architectural challenge and has fostered an international debate on which building styles are appropriate to represent German national identity. Capital Dilemma investigates the political decisions and historical events behind the redesign of Berlin's official architecture. It tells a complex and exciting drama of politics, memory, cultural values, and architecture, in which Helmut Kohl, Albert Speer, Sir Norman Foster, and I. M. Pei all figure as players.

If capital city design projects are symbols of national identity and historical consciousness, Berlin is the supreme example. In fact, architecture has played a pivotal role throughout Germany's turbulent twentieth-century history. After the fall of the monarchy, Germany gave birth to the Bauhaus, whose founders argued that their own revolutionary designs could shape human destiny. The century's warring ideologies, Nazism and Communism, also used architecture for their own political ends. In its latest incarnation, Berlin will become the capital of the fifth German state in this century to be ruled from that city. How will the official architecture of reunified Berlin, a democratic capital being built amid totalitarian remains, be different this time around? Th e Federal Republic of Germany, a highly stable democracy in stark contrast to its predecessors, has been struggling with burdensome architectural legacies. In the process, it has considered remedies as varied as outright destruction, refurbishment, and, in the case of the former Nazi Central Bank now being converted into the new Foreign Ministry, physical concealment.

1. Capital Dilemma:: Germany's Search for a New Architecture of Democracy

2. Capital Dilemma: Germany's Search for a New Architecture of Democracy