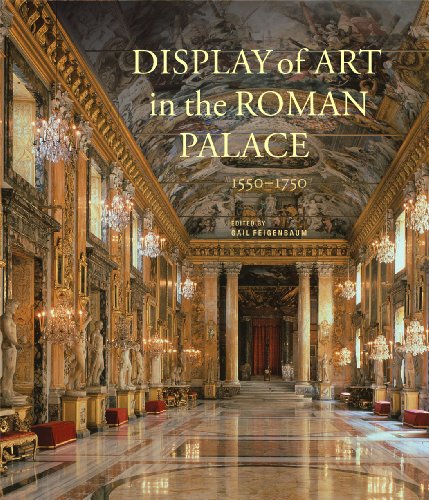 Description du livre Getty Trust Publications, United States, 2014. Hardback. Etat : New. New. Language: English. Brand new Book. This ambitious work lifts the veil on a pivotal chapter in the history of art and its social meaning. This book explores the principles of the display of art in the magnificent Roman palaces of the early modern period, focusing attention on how the parts function to convey multiple artistic, social, and political messages, all within an environment that provided a model for aristocratic residences throughout Europe. Many of the objects exhibited in museums today once graced the interior of a Roman Baroque palazzo or a setting inspired by one. In fact, the very convention of a paintings gallery - the mainstay of museums - traces its ancestry to prototypes in the palaces of Rome. Inside Roman palaces, the display of art was calibrated to an increasingly accentuated dynamism of social and official life, activated by the moving bodies and the attention of residents and visitors. Display unfolded in space in a purposeful narrative that reflected rank, honor, privilege, and intimacy. With a contextual approach that encompasses the full range of media, from textiles to stucco, this study traces the influential emerging concept of a unified interior.It argues that art history - even the emergence of the modern category of fine art - was worked out as much in the rooms of palaces as in the printed pages of Vasari and other early writers on art. N° de réf. du vendeur BTE9781606062982