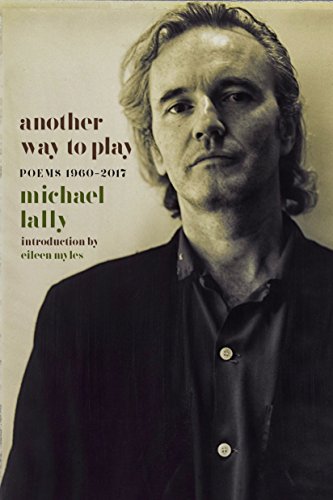 3. Another Way to Play Format: Paperback

Description du livre Paperback. Etat : New. Language: English. Brand new Book. The collected works of a poet who bridges the rhythms and message of the beats, the disarming frankness of the New York School, and the fierce temerity of activist authors throughout the ages. From a '60s-era verse letter to John Coltrane to a 2017 examination of Life After Trump, Another Way to Play collects more than a half century of engaged, accessible, and deeply felt poetry from a writer both iconoclastic and embedded in the American tradition. In the vein of William Carlos Williams and Frank O'Hara, Lally eschews formality in favor of a colloquial idiom that pops straight from the page into the reader's synapses. This is the definitive collection of verse from a poet who has been around the world and back again: verse from the streets, from the the political arena, from Hollywood, from the depths of the underground, and from everywhere in between. Lally is not a poet of any one school or style, but a poet of his own inner promptings; whether casual, impassioned, or ironic, his words are unmistakably his own. Here is a poet who can hold two opposed ideas in mind simultaneously, and fuse them, with pathos and humor, into his own idiosyncratic verbal art. As Lally himself writes: I suffered, I starved, and so did my kids, / I did what I did for poetry I thought /and I never sold out, and even when I did / nobody bought. N° de réf. du vendeur AAT9781609808303

5. Another Way to Play

6. Another Way To Play