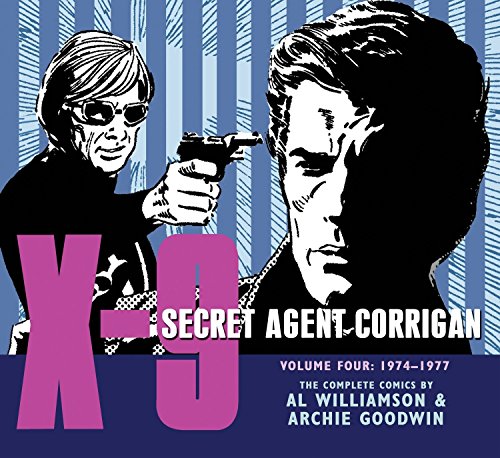 Archie Goodwin was born in Kansas City, Missouri, in 1937. In 1964, he went to work for Warren Publishing, where he became the head scriptwriter and eventually rose to the position of Editor-in-Chief. From the late 1960s until the late 1980s Goodwin moved back and forth between Marvel, DC Comics, and Warren, with occasional sojourns elsewhere. He helmed the launch of Epic Illustrated and was the Editor-in-Chief at Marvel from 1976 until 1978. He was inducted into the Eisner Hall of Fame in 1998.

Al Williamson was born in New York City in 1931 and raised in Bogota, Colombia. After returning to New York, he studied at the Cartoonists and Illustrators School (later to become the School of Visual Arts), and in 1948, at the tender age of seventeen, embarked on a career in comics. He worked for several publishers, most notably EC Comics, the premier publisher of the early-to-mid-1950s. In 1966, Williamson realized a lifelong dream when he was chosen to illustrate a comic book version of Alex Raymond’s Flash Gordon. In the mid-1980s he would go on to win numerous Harvey and Eisner Awards.

Présentation de l'éditeur : -The Library of American Comics is the world's #1 publisher of classic newspaper comic strips, with 14 Eisner Award nominations and three wins for best book. LOAC has become "the gold standard for archival comic strip reprints...The research and articles provide insight and context, and most importantly the glorious reproduction of the material has preserved these strips for those who knew them and offers a new gateway to adventure for those discovering them for the first time.” - Scoop