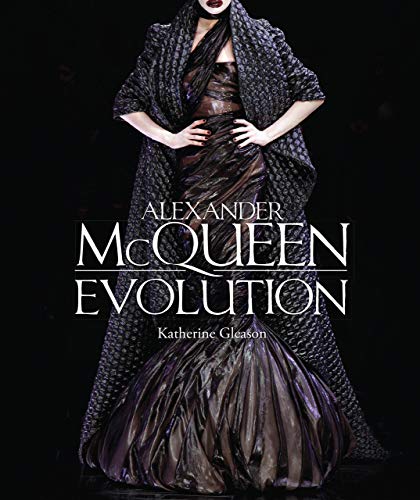 From Jack the Ripper Stalks His Victims, his 1992 graduate collection, to Plato's Atlantis, the last show before his death in 2010, Lee Alexander McQueen was as celebrated for the exquisite tailoring, meticulous craftsmanship, and stunning originality of his designs as he was notorious for his theatrical—and often controversial—runway shows. McQueen found inspiration for his avant-garde collections everywhere: his Scottish ancestry, Alfred Hitchcock movies, Yoruba mythology, the destruction of the environment—even the fashion industry itself. Whatever his inspiration, however, McQueen’s concept for his runway show came first and was crucial to the development of the collection. Every show had a narrative and was staged with his characteristic dramatic flair. Highland Rape featured disheveled models smeared with “blood” staggering down the runway in town clothes. In Scanners, two robots sprayed paint on a model trapped on a spinning platform. In Widows of Culloden, a hologram of supermodel Kate Moss held center stage. Other McQueen shows staged models walking through water, drifting snowflakes, rain, and wind tunnels; pole-dancing in garish makeup at a carnival, playing living pieces in a bizarre chess game, and performing with trained dancers in a Depression-era-style marathon. Illustrated throughout with stunning photography and liberally sprinkled with quotations from McQueen and those who knew him best, Alexander McQueen: Evolution is the story of the designer’s thirty-five runway shows and the genius behind them.

A longtime admirer of Alexander McQueen’s work, Katherine A. Gleason (New York, NY) is the author of more than thirty books for adults and young people, including Masterpieces in 3-D: M.C. Escher and the Art of Illusion and Releasing the Goddess Within. Her short stories have appeared in Alimentum: The Literature of Food, Cream City Review, Mississippi Review online, River Styx, and Southeast Review. She has also written articles for several periodicals, including the Boston Globe, Connoisseur, and Women’s Feature Service.