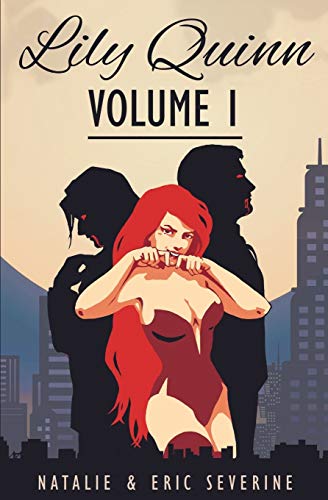 Description du livre Paperback. Etat : New. Language: English. Brand new Book. Volume 1 includes the first four books of the Lily Quinn series, plus the Valentine's Day special story: Book 1: Wanted Undead or AliveMy name is Lily Quinn. I'm a bounty hunter. I work for the College of wizards to hunt down monsters that go bump in the night. If they're hot, sometimes I bump right back.There's a vampire in my city and my employers want him dead. His creator, too, if I can find the guy. I don't have much to go on, but I think I can oblige my magical bosses. Vampires are deadly and beautiful - just the way I like them. If I'm not careful, I'll be the one who ends up dead. Book 2: All's Fae in Love and WarMy name is Lily Quinn. I'm a half-succubus bounty hunter. I work for the College, a secret cabal of wizards who pay me well to deal with monsters. You wouldn't believe my résumé - or my little black book.But speaking of books, some kind of ancient tome has gone missing from the College's library. I'm not sure why this book is so important, but the wizards are offering a huge reward to return it, and a bonus if I can bring in the thief.So now I've got a lead on an Unseelie fairy who likes leather and a challenge. What a coincidence - so do I.I'm going to have a great time questioning this thief about where to find the book. but I have to catch him first. Book 3: The Beast WithinLet me introduce myself. My name is Lilith Quinn, but you can just call me Lily. I'm a sex-powered half-succubus bounty hunter working for a College of sorcerers who pay me in gold to deal with monsters. My life just gets weirder from there.There's a werewolf loose in the city. I don't know who the hell he is, but it's my job to catch the guy before he can hurt anyone or spread his demonic curse. The College wants me to take him alive, but werewolves are strong, fast and tough as hell to catch. This is going to be a challenging hunt and I'll need a lot of power to finish it.You remember what I need for power, right? So let's get started. Book 4: In Too DeepMy name is Lily Quinn and I'm the best monster hunter in the city. The College of wizards pays me a lot of money to track down and deal with the supernatural dangers that infest the mortal world.But I wasn't always as good at it as I am now. My first job was Adähr, a water spirit who likes to steal from humans and flaunt his powers. He's the one who got away.Now Adähr's back. He's being chased by Remy Saville, a French bounty hunter who's been after the water spirit for years and is determined to finally finish the job. Remy's handsome and experienced, but there's no way I'm letting him or anyone else beat me this time. Adähr is mine.So let the games begin. I'm going to play dirty. Story 5: Max's Long NightMy name is Maxwell Ferguson. Max. My best friend is Lily Quinn. but she's probably not like your best friend. For one, she's not entirely human. Lily's half succubus and uses the power that sex gives her to hunt down monsters on behalf of the College of wizards. So let's just say that being Lily's friend can get really interesting.Now she's invited me out to dinner for Valentine's Day. The restaurant is nice and everything seems pretty normal so far, but there's no way things will go that smoothly. You know Lily better than that. What have I gotten myself into this time?. N° de réf. du vendeur AAV9781643190334