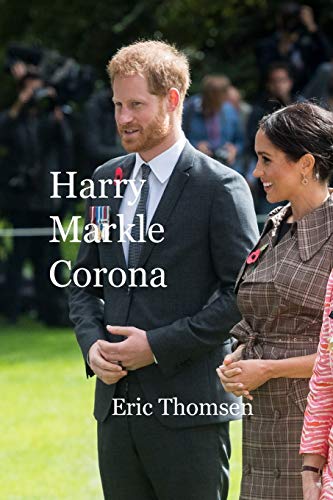 Description du livre Vesternas, United States, 2020. Paperback. Etat : New. Language: English. Brand new Book. In this volume the focus in on Meghan Markle and Harry arriving in Los Angeles just before the Coronavirus lockdown.In spite them having a unique opportunity to raise awareness, help victims and raise funds the pair totally blew their chances to make a difference.They engaged in micro projects of little significance whatever good intentions they and the projects had.The Duke and Duchess of Sussex have captured the headlines again, only weeks author's first five books, Harry Markle in the Media, Harry Markle TM (R), Harry Markle Jester, Harry Markle Canada Harry Markle Miami., and Harry Markle MegxitTheir media strategy is a great subject to study. It reveals a new world, a new world order, a new understanding of privilege.Meghan Markle and Prince Harry's media strategy is a sad story of wasted opportunity and intense conflict. Most of the media stories are attempts to put out fires created by Meghan Markle's actions and statements, with Prince Harry occasionally contributing to the brouhaha.Meghan Markel eyed Los Angeles and the Hollywood industry as the place to Get Very, Very Rich Very, Very Quick.However, the Wuhan virus pandemic blocked that particular avenue and the couple have struggled to come up with other ways to sustain themselves financially.Instead Meghan Markle has become as dependent on the largesse of the Royal Family and the British taxpayers as ever. It is the Duchy of Cornwall, a medieval trust, which funds Harry's father, Prince Charles, who then forks out to the couple.Naturally, Meghan is not humble about this situation, which limits her opportunity to make savings from the household money. N° de réf. du vendeur AAV9781648260353