Articles liés ŕ How Kätchen Became Sparky (1) (We the Children of Atlantic...

Brownian, Carrie-Anne How Kätchen Became Sparky (1) (We the Children of Atlantic City)

How Kätchen Became Sparky (1) (We the Children of Atlantic City) 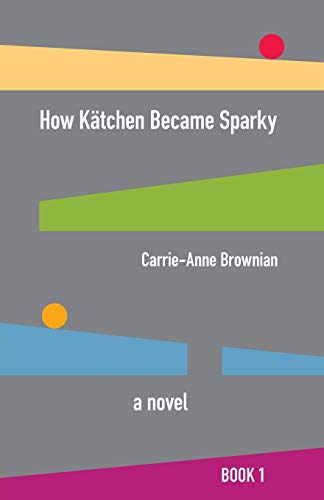 Description du livre Paperback. Etat : New. Language: English. Brand new Book. When German-born Katharina Brandt, newly nicknamed Sparky, immigrates to America from Amsterdam in 1938, her dearest wish is to become a real American girl. From now on, her name is Katherine Small, and she adopts the nickname Sparky to try to seem even more American. Before she can realize her dream, though, she'll have to learn the ins and outs of the unusual Atlantic City neighborhood and group of friends in Atlantic City.Sparky is taken under the wing of Cinnimin Filliard, the youngest child of the man who helped the Brandts immigrate. Cinni teaches Sparky a thing or two not only about American life, but also the strange town she's come to. Cinni and her friends look, act, and talk like they're a fair bit older, all because of an esoteric, radical quasi-religion and secret society of sorts that have been passed down for over a thousand years.Sparky and Cinni quickly become best friends, not least because they're living together. Sparky wants to believe Cinni is steering her right in her lessons about how to become an American girl, but is a bit taken aback by her conflicting attitudes. How is it possible that this nice, intelligent girl is the same person who often cops a superior attitude to her so-called friends just because she was voted Most Popular Girl? Particularly to neighbor Violet, whom Cinni is convinced is after her title.Sparky will do almost anything, as she navigates her way through American life, to become a real American girl and stop giving herself away as a greenhorn. Anything, that is, but compromise her faith. She longs to be Sparky to her friends while remaining Kätchen to her family and staying true to her values. But along the way, Cinni, who tries to tempt her into wearing shorter skirts and eating non-kosher food, slowly begins realizing there's more than one acceptable way to be a real American.Will she ever be able to pull off being Sparky to her friends while remaining Kätchen to her family and staying true to her values? And just why was she nicknamed Sparky?. N° de réf. du vendeur AAV9781648263934

2. How Ktchen Became Sparky 1 We the Children of Atlantic City

7. How Ktchen Became Sparky 1 We the Children of Atlantic City