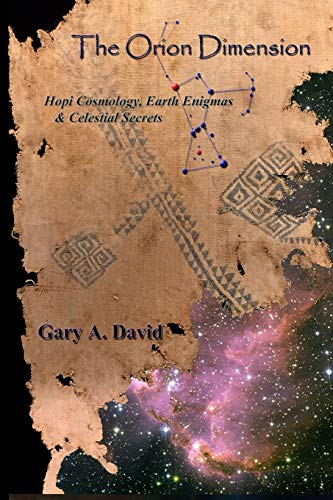 Description du livre Paperback. Etat : New. Language: English. Brand new Book. The Hopi of the Desert Southwest are known today as superb sky watchers and dry farmers, but long ago they were also accomplished sailors. This book explores the tribe's links to the South Pacific, Easter Island, Egypt, India, and Mayan Central America, where psychic Edgar Cayce claims a lost Hall of Records awaits discovery. Other topics include: hourglass symbols, lunation triangles, Ant People, Birdman, the Dogon of Africa, Lascaux, Orion the Hand Constellation, and the cosmic Kundalini quest to the heart of the Milky Way. "Gary David, whose work on the archaeoastronomy of the Southwest is of the first importance, generously shared his extensive knowledge and insights with me on a journey through Arizona and New Mexico."-Graham Hancock, America BeforeFrom Chapter 1: The Road to OrionIn the spring of 1997 I embarked on a research and writing quest that would last to this day. That fall I would turn 45, and my midlife crisis involved a change of literary partners: from poetry to nonfiction. I had been living with my family in northern Arizona for a few years, and had begun to explore the incredibly complex and intriguing Hopi culture, as well as their ancestral rock art in the region. During a drive to the reservation in order to watch the katsina (kachina) dancers, those bizarre, multicolored masked spirit messengers, I had an epiphany of sorts. I had recently read Robert Bauval's book The Orion Mystery, which basically posits that the three pyramids on the Giza Plateau corresponded to the belt stars of Orion. Up ahead on the lonely, arrow-straight road going north lay the three primary Mesas upon which the Hopi had lived, grew food, prayed and performed religious ceremonies for over a millennium. What if, I idly imagined, that triad of flat-topped mountains where the Hopi had constructed their stone and adobe villages were also an "Orion Correlation"? I put those wispy daydream clouds in the back of my mind and proceeded to experience the peaceful but pragmatic Hopi themselves.After witnessing a number of sacred katsina dances of inestimable power and beauty, I returned home and got out a map of Arizona and a sky chart. What I found astounded me! There was a Hopi village or ruin site corresponding to each major star in the constellation-not just the belt stars. Not only that, there appeared to be an inter-relationship between the ancient villages, separated by many miles, that were aligned to sunrise and sunset points on the horizon at the summer and winter solstices. Perfectly projected upon the high desert, Orion also incorporated what I came to call a "chakra line," running down the middle of the constellation's terrestrial configuration. It stretched from southwestern Colorado to the mouth of the Colorado River and contained more that a dozen villages or ruins. In addition, the template also encompassed the spectacular Ancestral Puebloan "star city" of Chaco Canyon in New Mexico-the largest groups of ruins in the American Southwest corresponding to Sirius, the brightest stellar body in the heavens. As we shall see, many vistas full of mystery and majesty unfold on the road to Orion. N° de réf. du vendeur APC9781707075348