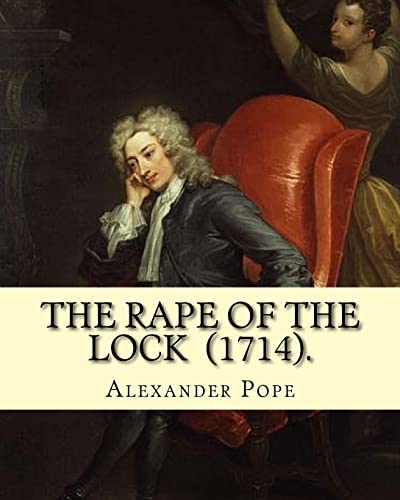 Description du livre Paperback. Etat : New. Language: English. Brand new Book. Alexander Pope (21 May 1688 - 30 May 1744) was an 18th-century English poet. He is best known for his satirical verse, his translation of Homer and for his use of the heroic couplet. He is the second-most frequently quoted writer in The Oxford Dictionary of Quotations after Shakespeare. Early life: Alexander Pope was born to Alexander Pope Senior (1646-1717), a linen merchant of Plough Court, Lombard Street, London, and his wife Edith (née Turner) (1643-1733), who were both Catholics.[3] Edith's sister Christiana was the wife of the famous miniature painter Samuel Cooper. Pope's education was affected by the recently enacted Test Acts, which upheld the status of the established Church of England and banned Catholics from teaching, attending a university, voting, or holding public office on pain of perpetual imprisonment. Pope was taught to read by his aunt, and went to Twyford School in about 1698/99.He then went to two Catholic schools in London.Such schools, while illegal, were tolerated in some areas. In 1700, his family moved to a small estate at Popeswood in Binfield, Berkshire, close to the royal Windsor Forest.[3] This was due to strong anti-Catholic sentiment and a statute preventing Catholics from living within 10 miles (16 km) of either London or Westminster.[6] Pope would later describe the countryside around the house in his poem Windsor Forest.[7] Pope's formal education ended at this time, and from then on he mostly educated himself by reading the works of classical writers such as the satirists Horace and Juvenal, the epic poets Homer and Virgil, as well as English authors such as Geoffrey Chaucer, William Shakespeare and John Dryden. He also studied many languages and read works by English, French, Italian, Latin, and Greek poets. After five years of study, Pope came into contact with figures from the London literary society such as William Wycherley, William Congreve, Samuel Garth, William Trumbull, and William Walsh.[3][4] At Binfield, he also began to make many important friends. One of them, John Caryll (the future dedicatee of The Rape of the Lock), was twenty years older than the poet and had made many acquaintances in the London literary world. He introduced the young Pope to the ageing playwright William Wycherley and to William Walsh, a minor poet, who helped Pope revise his first major work, The Pastorals. He also met the Blount sisters, Teresa and Martha, both of whom would remain lifelong friends.[4] From the age of 12, he suffered numerous health problems, such as Pott's disease (a form of tuberculosis that affects the bone), which deformed his body and stunted his growth, leaving him with a severe hunchback. His tuberculosis infection caused other health problems including respiratory difficulties, high fevers, inflamed eyes, and abdominal pain.[3] He grew to a height of only 1.37 m (4 ft 6 in). Pope was already removed from society because he was Catholic; his poor health only alienated him further. Although he never married, he had many female friends to whom he wrote witty letters. Allegedly, his lifelong friend Martha Blount was his lover. Essay on Criticism: Main article: An Essay on Criticism An Essay on Criticism was first published anonymously on 15 May 1711. Pope began writing the poem early in his career and took about three years to finish it. At the time the poem was published, the heroic couplet style in which it was written was a moderately new genre of poetry, and Pope's most ambitious work. An Essay on Criticism was an attempt to identify and refine his own positions as a poet and critic. The poem was said to be a response to an ongoing debate on the question of whether poetry should be natural, or written according to predetermined artificial rules inherited from the classical past. The poem begins with a discussion of the standard rules that govern poetry by which a critic passes judgment. N° de réf. du vendeur APC9781717299314