Articles liés ŕ THE CASE OF THE CLONE JOE BRICKMAN

THE CASE OF THE CLONE JOE BRICKMAN 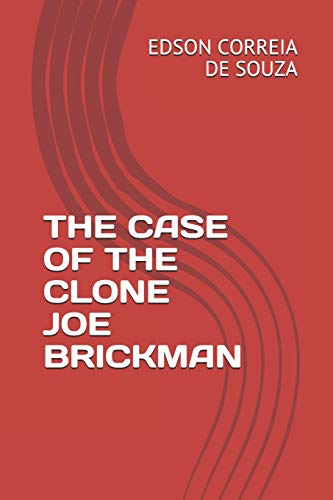 1. The Case of the Clone Joe Brickman (Paperback)

Description du livre Paperback. Etat : New. Language: English. Brand new Book. On Feb. 14, 2,027 Joseph Edward Brickman was born at a clinic specializing in human reproductive cloning on the small island Jeffersen Andersen, near Australia, where he lives until he is five years old. Being adopted and going to live in Sydney, Australia, with one of the scientists participating in the project, Sarah Brickman. His mother (rent belly hired and paid) an anonymous Brazilian. His father, the donor of somatic cells, an unknown American, who also receives a seductive dollar amount to participate in the experiment. It is an internationally prohibited biological experiment punishable by life imprisonment. The story and drama related to Joe Brickman take shape when he, as a child, discovers his secret biological identity, and during the teenage years acquired a great interest in discovering his real "progenitors" and leaves in search of them, in Brazil and in the United States, ending in a surprising and tragic way, in the year 2,053. N° de réf. du vendeur APC9781717835246

2. The Case of the Clone Joe Brickman

3. THE CASE OF THE CLONE JOE BRICKMAN

4. The Case of the Clone Joe Brickman