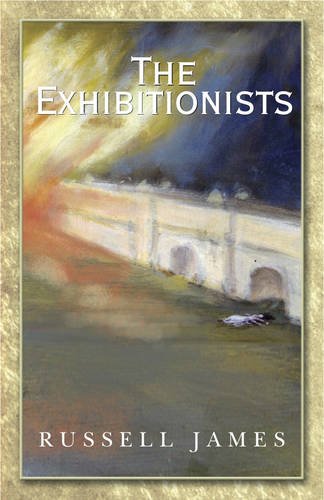 If you like Matthew Pearl, you will love Russell James! 'On the night Parliament burnt down, a child was conceived out of wedlock, a baby was abandoned, and another thrown into the Thames.' The year is 1834 and J.M.W. Turner is sketching Parliament burn. Unnoticed, a hackney cab drives past, its destination is a dark alley in London, home to a notorious baby farmer where a man abandons an innocent baby girl. Because of him, she will end up on the Victorian stage and at the mercy of men. She will trust nobody. Another child is conceived that same night but she will never know that the man she loves as a father is not her real parent. Instead, she gives up her dreams for him, abandoning the talent she inherited from her real father to the disappointment of Dante Gabriel Rossetti who had admired her work when she exhibited at the Royal Academy. And a newborn baby will be thrown into the Thames by his abandoned mother that same night, leaving a mystery for those who find his tiny, wet body in its little basket, floating down the river. One he will try to solve years later when he becomes a journalist, hoping that his past is linked to the wary girl he meets at the studio of a photographer. The girl who was abandoned on the same night as him. The lives of the three children interweave and mix with famous people of the era including Turner, Millais, Holman Hunt and the self-styled greatest historical artist of the time, Benjamin Haydon. Not to mention the intriguing He-Sing who conned the establishment into believing his colourful tales, even allowing him to meet Queen Victoria at the Great Exhibition of 1851 when the book finishes.

Russell James is the former Chairman of the CWA and has written 18 books, including his historical crime novel, Painting in the Dark. Russell is renowned for his crime writing and was called the Godfather of British noir by Ian Rankin. He lives in Cheltenham.

Description du livre Paperback. Etat : Very Good. The book has been read, but is in excellent condition. Pages are intact and not marred by notes or highlighting. The spine remains undamaged. N° de réf. du vendeur GOR004267401