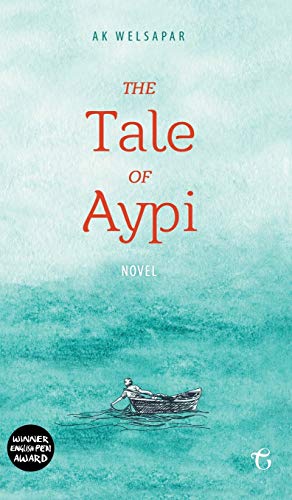 1. The Tale of Aypi (Hardback)

Description du livre Hardback. Etat : New. Language: English. Brand new Book. The Tale of Aypi follows the fate of a group of Turkmen fishermen dwelling on the coast of the Caspian Sea. The fear of losing their ancestral home looms over the entire village. This injustice is being made to look like a voluntary initiative on the part of the fishermen themselves, whilst the ruling powers cynically attempt to confiscate their land. One brave fisherman from the village rises up to confront them and fights for his native shore, as a response to an act of cruelty inflicted on a defenceless young woman centuries ago. This unjustly executed soul returns as a ghost during this troubled time to exact a terrible revenge on the men of the village. The relationships among the characters mirror the eternal opposition between the forces of nature, with the intervention of mystical forces ratcheting up the tension. *** Ak Welsapar was born in 1956 in the former Soviet Republic of Turkmenistan. He received his Master's degree in Journalism from Lomonosov Moscow State University in 1979. In 1987, Ak Welsapar became a member of the Soviet Writers' Association and received his second Master's degree in Literary Theory from the Maxim Gorky Literature Institute in 1989. In 1993, after spending a year under house arrest, he was excluded from the Writers' Association following the publication of some investigative articles about colossal ecological problems in Central Asia, mostly caused by the overuse of pesticides needed for cotton production. The consequences of this were terrible and even resulted in the Aral Sea drying up. The regime in Turkmenistan declared Ak Welsapar a "public enemy", and the persecution that he faced began again, with redoubled force. There was a ban on publishing works written by him, whilst his published books were confiscated from bookstores and libraries, to be burnt. To avoid unjust imprisonment and the persecution of his family, Ak Welsapar eventually left Turkmenistan in 1993. He and his family have now been residents of Sweden since 1994, where he is a member of the Swedish Writers' Association. He has also been an honorary member of the International PEN-Club since 1993. Ak Welsapar writes in Russian, Turkmen and Swedish. Ak Welsapar has contributed articles to such journals and newspapers as Literaturnaya Gazeta, Druzhba Narodov, Soviet Culture, The Washington Post, and many others. He is the author of more than 20 books but he made his debut as the author of the poetry anthologies Which of Us will Dive Deepest? (1982) and The First Drop (1983). His novel The Melon Head (1984) was awarded a prize in a Turkmen national literature competition. In 2012, The Union of Writers of Russia awarded Ak Welsapar the Sergei Yesenin literary prize. He also received the Nikolai Gogol prize for his book of short stories from the Writers' Union of Ukraine in 2014. Most of his novels are banned in Turkmenistan, including, to name but a few: A Long Journey to Nearby (1988), This Darkness Is Brighter (1989), The Bent Sword Hanging on the Old Carpet (1990), Mulli Tahir (1992), The Cobra (2003), The Tale of Aypi (2012). Ak Welsapar is still a proscribed writer in Turkmenistan and his name has been in the list of black-listed writers since 1990. N° de réf. du vendeur LHB9781784379841

2. The Tale of Aypi (Hardback or Cased Book)