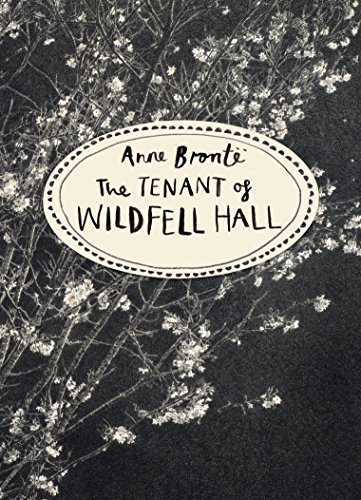 Anne Brontë was born at Thornton in Bradford on 17 January 1820. Her father was curate of Haworth, Yorkshire, and her mother died when she was a baby, leaving five daughters and one son. Anne was the youngest of the Brontë children. In 1824 Charlotte, Maria, Elizabeth and Emily were sent to Cowan Bridge, a school for clergymen's daughters, where Maria and Elizabeth both caught tuberculosis and died. The children were taught at home from this point on and together they created vivid fantasy worlds which they explored in their writing. Anne worked as a governess between 1840 and 1845 and in 1846, along with Charlotte and Emily, published Poems by Currer, Ellis and Acton Bell. After this Anne published Agnes Grey (1847) and The Tenant of Wildfell Hall (1848) before her death on 28 May 1849.

Too often overshadowed by her sister's more famous novels of passionate romance, Anne Bronte's novel is shockingly contemporary in its concerns, daring in its conception and uncompromising in its realistic portrayal of an abusive husband and a woman's will to survive.

When the mysterious and beautiful young widow Helen Graham becomes the new tenant at Wildfell Hall rumours immediately begin to swirl around her. As her neighbour Gilbert Markham comes to discover, Helen has painful secrets buried in her past that even his love for her cannot easily overcome.

6. The Tenant of Wildfell Hall

Description du livre 2015. Paperback. Etat : New. Paperback. Too often overshadowed by her sister's more famous novels of passionate romance, Anne Bronte's novel is shockingly contemporary in its concerns, daring in its conception and uncompromising.Shipping may be from multiple locations in the US or from the UK, depending on stock availability. 608 pages. 0.434. N° de réf. du vendeur 9781784870751

10. The Tenant of Wildfell Hall