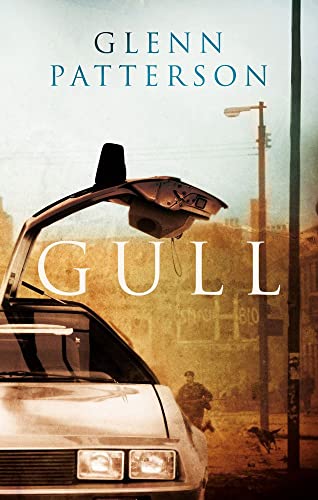 'Glenn Patterson has written a decorous book about a big, indecorous American failure ... Patterson is alert to every nuance. He is by now a tremendously proficient novelist ... A rich, fictional achievement' Literary Review.

'No other novelist has proved as capable of capturing the heart of modern Belfast' Sunday Tribune.

'A delightful novel ... A fluent narrative that unfolds with wit, charm and stranger-than-fiction twists' Daily Mail.

'Colourful ... If anyone can tell the curious DeLorean story in Northern Ireland, it's Patterson' Observer.

'A tragi-comic story of terrorism and fraud' The Scotsman.

'This is a complex story put together with intuitive ease and panache... He is compelling' Irish Times. --Irish Times

It was one of the most bizarre episodes in the history of the Troubles in Northern Ireland: the construction, during the war's most savage phase, of a factory in West Belfast to make a luxury sports car with gull-wing doors. Huge subsidies were provided by the British government. The first car rolled off the line during the appalling hunger strikes of 1981.

The prime mover and central character of this intelligent, witty and moving novel was John DeLorean, brilliant engineer, charismatic entrepreneur and world-class conman. He comes to energetic, seductive life through the eyes of his fixer in Belfast, a traumatised Vietnam veteran, and of a woman who takes a job in the factory against the wishes of her husband. Each of them has secrets and desires they dare not share with anyone they know.

A great American hustler brought to vivid life in the most unlikely setting imaginable.

Description du livre Etat : Very Good. Shipped within 24 hours from our UK warehouse. Clean, undamaged book with no damage to pages and minimal wear to the cover. Spine still tight, in very good condition. Remember if you are not happy, you are covered by our 100% money back guarantee. N° de réf. du vendeur 6545-9781784971847

Description du livre Etat : Very Good. This book is in very good condition and will be shipped within 24 hours of ordering. The cover may have some limited signs of wear but the pages are clean, intact and the spine remains undamaged. This book has clearly been well maintained and looked after thus far. Money back guarantee if you are not satisfied. See all our books here, order more than 1 book and get discounted shipping. . N° de réf. du vendeur 7719-9781784971847