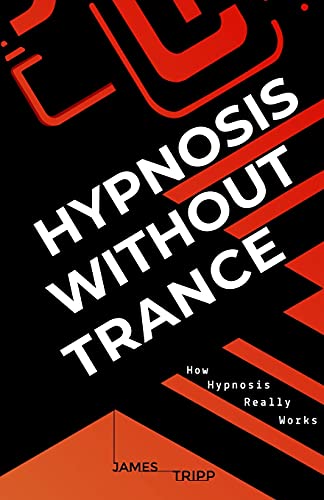 Description du livre Paperback. Etat : New. Language: English. Brand new Book. "This material has taught me more about hypnosis than my previous 20 years in psychology and 4 years as a practicing Hypnotherapist [and] should be a standard requirement for ANY Hypnotist wanting to bring about real change. If you don't learn this stuff you will be left behind!" - Michael Skirving, DNLP, DHyp, LAPHPHypnosis: is it actually real? What causes its strange effects? And can everyone easily learn to do it? Since the seminal work of hypnosis pioneer James Braid in the 1840s, the dominant model for understanding hypnosis has been that it is simply a special state (popularly referred to as 'hypnotic trance') that renders people unusually responsive to suggestion. By this model, the practice of hypnosis is simply that of the induction of hypnotic trance, followed by the delivery of suggestions for the desired results. By summer 2008, James Tripp had been working professionally with hypnosis for 6 years. Whilst he had used what he had learned to great effect with his clients (from manual therapy to coaching and changework), it had become increasingly clear that something was amiss with the traditional trance model - instead of his clients responding to suggestion as a result of entering 'trance', they were apparently entering 'trance' as a result of being given suggestions. The cart seemed very much before the horse. This led Tripp to embark on a mission to break down and rebuild hypnosis and suggestion work; to uncover how it really worked and also to see if it could be done more effectively and efficiently. To find a suitable laboratory for his research he stepped out of his hypnotherapy office and onto the streets of London. Across the next year he developed consistent methods for the effective evocation of classic hypnotic phenomena without using trance inductions; simply structuring suggestions and making requests that worked with people's everyday cognitive faculties to create mind-bending results. In 2009 Tripp started demonstrating his work and sharing his ideas via the Hypnosis Without Trance blog. The content was divisive to say the least - while some traditionalists were upset or angered by the assertions, many others were liberated and empowered by the material."Hypnosis Without Trance has blown my mind and completely changed my thoughts on how hypnosis works with my clients - it's clicked together a lot of gaps that my traditional learning couldn't explain." - Michelle Marsh, (Hypnotherapist) "I think this is the most clear and understanding approach I have ever seen or read. Thanks a lot!" - Raul de la Horra (Hypnotist, Psychotherapist and Magician)This book represents the culmination of that period of experimentation and rebuilding, presenting a new central model for hypnosis (The Hypnotic Loop). Further to this it extensively unpacks the tools, tactics and psychological subtleties required for the effective facilitation of powerful hypnotic experiences. Hypnosis Without Trance is for you if you are looking to understand how hypnosis really works, and how you might better facilitate it. Whether you are a student of hypnosis, established practitioner or curious spectator, its clear exposition will significantly deepen your understanding and grasp of this fascinating craft."Definitely the next important big step for me - a practicing hypnotherapist for over 20 years. Absolutely brilliant! Thank you!!"- Richard Whitehurst (Hypnotherapist) "I gained more understanding of how hypnosis really works from HWT than anywhere else, and think it's a must for anyone serious about hypnosis." - Lazarus Stone (Professional Mentalist) "Using this approach I have gained more confidence and I am far more relaxed as a hypnotist than any time in the past 20 years." - Gary Plumridge (Hypnotherapist). N° de réf. du vendeur AAV9781838238209

Hypnosis Without Trance: How Hypnosis Really Works (Paperback or Softback)