The Selected Works of Joseph Conrad 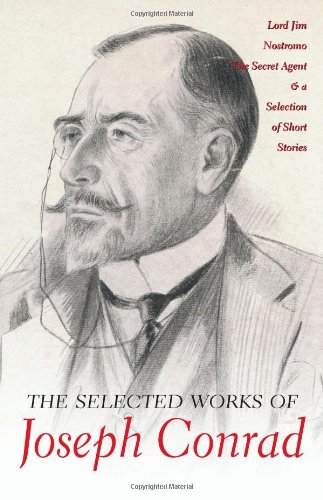 Lord Jim, first published in 1900, confirmed Conrad's place in literature as one of the first 'modernists' of English letters. Set in the Malay Archipelago, not only does the novel provide a gripping account of maritime adventure and romance, but also an exotic tale of the East.

Nostromo is the only man capable of the decisive action needed to save the silver of the San Tome mine and secure independence for Sulaco, Occidental Province of the Latin American state of Costaguana. Is his integrity as unassailable as everyone believes, or will his ideals, like those which have inspired the struggling state itself, buckle under economic and political pressure?

The Secret Agent, Conrad's story of espionage and anarchists, tells of Winnie Verloc and her devotion to her peculiar and simple-minded brother, Stevie. Its savagely witty themes of human absurdity and misunderstanding are written in an ironic style that provokes both laughter and unease.

This volume also includes a selection of Conrad's matchless short stories - Youth, Typhoon, Heart of Darkness, The End of the Tether and The Shadow-Line.

1. The Selected Works Of Joseph Conrad

Description du livre U.K / Wordsworth Editions, 2005. Soft cover. Etat : New. No Jacket. This includes the stories Lord Jim, Nostromo, The Secret Agent, & a very good collection of short stories. This is a 1st edition paperback (in this format) in new condition. (1371 pages). This is a heavy book, nearly 1.3kg so there will be an extra postage charge. N° de réf. du vendeur 5175