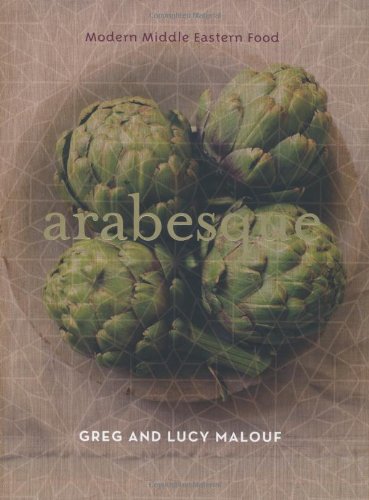 In Arabesque, Greg Malouf draws his culinary inspiration from childhood memories, family traditions and his travels throught the Middle East, North Africa, the Eastern Mediterranean and Moorish Spain. Greg and his writing partner Lucy present a comprehensive A-Z of ingredients widely used in Middle Eastern cooking, from basics such as almonds, lemons and yoghurts, to lesser used ingredients such as rosewater, pomegranate and sumac. This book welcomes the stars of Arabic cooking into the modern kitchen with descriptions and history of each ingredient, as well as invaluable tips on how to select, prepare and cook them in delicious and exciting recipes. This award-winning collection of 170 recipes includes several of Greg's signature dishes, such as salmon kibbeh nayeh and little pigeon bisteeya, alongside imaginative dinner party ideas like cardamom honey-glazed roast duck. Tuck into the delicious simple supper recipes, including lamb rump with pistachios and peppercorns, and finish off with the sumptuous rose-scented plum jelly and pine nut praline ice-cream.

Greg Malouf was born in Melbourne, Australia, of Lebanese parents. He served his formal apprenticeship in several of Australia s finest restaurants, and has forged a unique style of cooking that combines Middle Eastern tradition with contemporary flair. He has worked extensively in Europe and Asia and is the executive chef at MoMo restaurant in Sydney. Under his leadership the restaurant has won numerous awards and high respect from local and international critics. Lucy Malouf is a Melbourne-based writer and editor. She has worked as a freelance editor and manuscript adviser for several leading Australian publishers, as well as contributing features and reviews to major Australian newspapers, restaurant guides and magazines. She is the author of The Food and Wine Lover s Guide to Melbourne s Bays and Peninsulas and The Seasons Plate Cookbook.