Lainema, Matti; Nurminen, Juha A History of Arctic Exploration: Discovery, Adventure and Endurance at the Top of the World

A History of Arctic Exploration: Discovery, Adventure and Endurance at the Top of the World 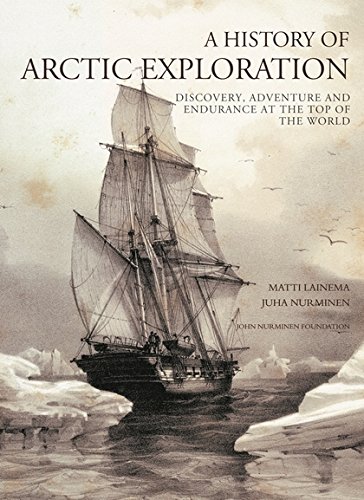 With the character of the Arctic in a dramatic state of flux, and arguments over sovereignty once again rising to the surface, it is timely that a history of the exploration of this remote region be published. Wide-reaching in its scope and beautifully presented with artworks, maps and charts from the Nurminen Foundation and numerous European museums, private collections and archives, this is a full account of the many explorers from both East and West who attempted to find the North-West and North-East Passages, and to chart and document the region to enable the mythical North to gradually take shape and become part of the world picture. The story of man's skill and initiative in bringing an understanding to such an inhospitable part of the globe is described through the daring adventures of Viking sailors such as Erik the Red, navigators Barents and Bering, and explorers of the wilds such as Chelyuskin and Franklin. Equally, the stories of those disasterous voyages in search of the North-West and North-East Passages are presented in detail. The journeys of the great scientific explorers Cook, Nordenskiold and Amundsen remind the reader of the bravery of those who set their sights towards the uncharted North. Bravery and endurance were not sufficient for the almost incredible feats of Nansen and Peary. Success in extreme conditions was only achieved by those expeditions that appreciated the ferocity of nature and took example from the indigenous peoples those who had lived in the North long before the coming of the Europeans.

Juha Nurminen, is Head of the Nurminen Foundation in Helsinki, Finland.'

1. A History of Arctic Exploration: Discovery, Adventure and Endurance at the Top of the World