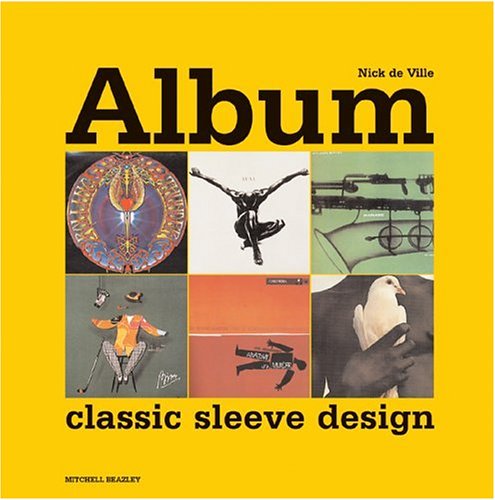 Millions buy albums and cds, and millions adore their albums not just for the music, but also for the sleeve artwork which becomes by association the visual representation of everything the album represents for the listener. Album is unique - the first visual history of this phenomenon and of the designers, art directors, recording artists, and record companies associated with the greatest music graphics of all time. Structured chronologically, the book focuses on individuals, music scenes, and subcultures, including: Punk, Surfers, Psychedelia in London, Tamla Motown, Disco Divas, and DJ Culture.

Nick de Ville is a designer, artist, critic, curator, and academic. He first came to prominence in the 1970s when he collaborated with Bryan Ferry on many of Roxy Music's album covers, including the notorious Country Life album that was banned in the United States. Since then he has lectured at many art schools on contemporary art and its wider context, and is now Professor of Visual Arts at Goldsmiths' College, London. He has published numerous essays on contemporary art and design and is the co-author of Lenare - the Art of Society Photography (1982).