Articles liés ŕ Cuttings: A Year in the Garden with Christopher Lloyd

Cuttings: A Year in the Garden with Christopher Lloyd 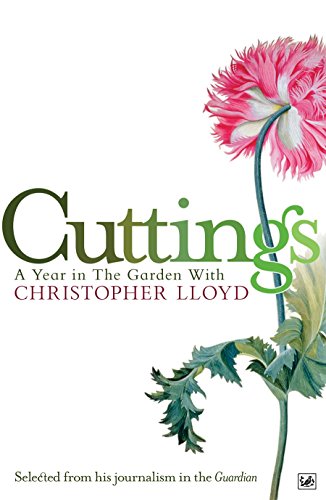 Christopher Lloyd was the grand old man of British gardening and gardening writers. From 1989 until 2006 - when he died aged 84 - he produced his Guardian column from his beloved house and garden, Great Dixter in East Sussex. His knowledge as a plantsman was prodigious, yet he wrote in an easy, direct and vigorous manner, advising, entertaining and cajoling his readers as he guided them through the gardening year. Nothing was too small for his sharply observant eye and his impish disregard for received opinion or fashion - 'that awful phrase, good taste' - endeared him to his readers, and emboldened many to take up his constant challenge to experiment. Preparing the ground, planting for summer scent, choosing a shrub for all-year round pleasure, pruning, going organic, cottage gardens, placing a favourite hellebore, thinking about conifers or growing your own veg - all fell within his purview. And, in everything he wrote, he transmitted his huge appetite and enthusiasm for the pleasure that a garden brings.

"One of the greatest gardeners of the 20th century... this celebration of a lifetime of adventurous horticulture will delight all who love good gardening and writing" (Manchester Evening News)

"Christopher Lloyd's was a maverick voice in the panoply of twentieth-century gardeners, but one which spoke with such an unparalleled authority and enthusiasm that it is certain to endure" (Times Literary Supplement)

"The ideal book to inspire gardeners, both beginners and those with green-fingered experience" (Good Book Guide)

"As with the best gardens, this is a book to stroll in... infused with a lovely combination of light touch, deep passion and technical exactness" (Michael Fishwick Oldie)

Christopher Lloyd OBE VMH devoted his life to creating, and writing about, his garden at Great Dixter, which is one of the most exciting and constantly changing gardens of our time. He always captivated readers and audiences with his adventurous and witty approach to his subject. He was the subject of a BBC documentary entitled 'Gardener Provocateur', made after his death in 2006. His best-selling books include Succession Planting for Adventurous Gardeners, as well as a string of other gardening classics such as The Well-Tempered Garden and Meadows. He wrote regularly for magazines and newspapers, including Country Life, American Horticulture and the Guardian.

1. Cuttings: A Year in the Garden with Christopher Lloyd (Pimlico)

2. Cuttings: A Year in the Garden with Christopher Lloyd (Pimlico) Lloyd, Christopher