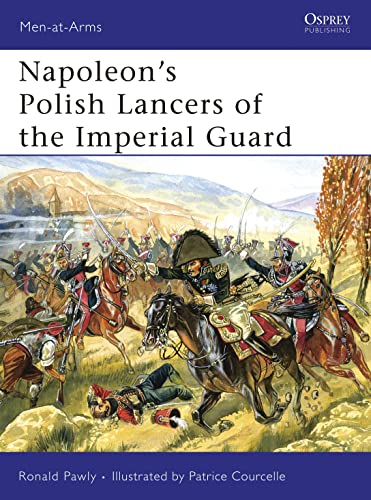 Napoleon's Polish Lancers of the Guard were unique in their appearance and in their loyalty. This book reveals their varied and colorful uniforms as well as their long and loyal service for the Bonaparte cause during the Napoleonic Wars (1799-1815). The Poles were the only foreign contingent never to defect from Napoleon's cause, staying faithful to the end - a squadron even accompanied Napoleon into exile on Elba, and the Guard reformed in 1815 to charge at Waterloo. In 1808, when Napoleon was smashing his way through the Spanish armies to get at British forces in the Peninsular, the Poles astounded observers with their extreme acts of courage and military daring. In one memorable instance the Poles captured a defended mountain pass at Somosierra, overrunning four batteries of cannons in the process. It was they who introduced the use of the lance to the French army, adding a new tactical dimension to the use of the cavalry on the battlefield and demonstrated its deadly effects in all of Napoleon's most famous victories - particularly Wagram in 1809. Brave and ruthless in equal measures, this is a fascinating insight into the fighting lives of the legendary Polish Lancers.

"Author Ronald Pawley spins a superb tale that gives the reader the feeling that he is participating in the events of the time. Accompanied by a superb selection of artifact photos and illustrations of the time, this is an excellent book on the subject and one that I know you will enjoy reading." -Scott Van Aken, modelingmadness.com (August 2007)