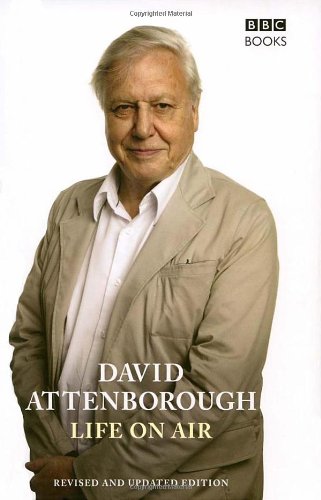 Sir David Attenborough is Britain's best-known natural history film-maker. His career as a naturalist and broadcaster has spanned nearly six decades, and in this volume of memoirs Sir David tells stories of the people and animals he has met and the places he has visited.

His first job - after Cambridge University and two years in the Royal Navy - was at a London publishing house. Then in 1952 he joined the BBC as a trainee producer, and it was while working on the Zoo Quest series (1954-64) that he had his first opportunity to undertake expeditions to remote parts of the globe, to capture intimate footage of rare wildlife in its natural habitat.

Sir David is an Honorary Fellow of Clare College, Cambridge, a Fellow of the Royal Society and was knighted in 1985. He is also Britain's most respected, trusted and lauded natural history broadcaster and writer, championing conservation and standing at the forefront of issues concerning the planet's declining species.

A lot has changed since his first television documentary, and in this updated edition of Life on Air Sir David tells us of his experiences of filming in the 21st century.

It's almost impossible to believe that all these things happened to one man... but David Attenborough wears his achievements lightly and there are as many laughs here as there are animals. (Michael Palin)

What shines through most of all is his enthusiasm - as undimmed now as when he started out. (Sunday Telegraph)

An enthralling autobiography from one of the linchpins of television. His life has been fascinating. Attenborough is a master story-teller, and his book is crammed with anecdotes. (Good Book Guide)

Description du livre HARDCOVER. Etat : New. Etat de la jaquette : New. 2nd Edition, revised & Updated. 1st printing. Thick, heavy 8vo. in blue faux cloth, gilt lettering to spine. 416pp, plates in colour and b/w, index. Inscribed and signed by David Attenborough on the title-page (no other marks or inscriptions) . . . . . [ CONDITION : NEW unread and unmarked copy in a NEW complete Dust Jacket (tiny slight bump to bottom edge of rear cover) ] . . . . . . . . . . . NOTE Due to size and/or weight shipping to destinations outside the UK will cost more than the price shown above. Orders made by card will be completed after you have approved the extra cost. . . . . . . . . We always ship in PROTECTIVE CARD PARCELS. N° de réf. du vendeur TH216261