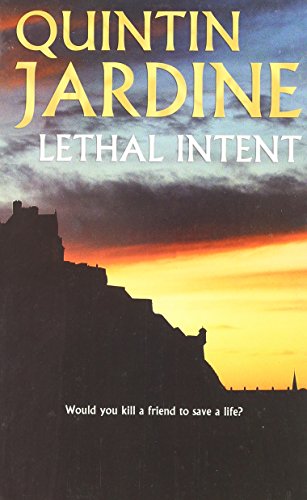 `If we are right about this, the stakes are higher than anything I've ever faced. I don't know if we can handle it`. Four Albanian gangsters have infiltrated Edinburgh. They are smart guys, ruthless operators and deep undercover. MI5 are on their case and, unknown to DCC Bob Skinner and his men, they have set up a drug-dealing sting to flush the gangsters out. The resulting mayhem and violence throws everyone into confusion until the dust settles and they realise the gangsters are preparing a hit on a member of the Royal family - a certain Prince who is attending St Andrew's University. Meanwhile two high-ranking policemen mourn the loss of a son and a daughter in mysterious circumstances, and then another witnesses his son being abducted. Is someone taking revenge on the police force in a particularly brutal and callous way? Are the crimes linked? Quintin Jardine keeps you guessing until the end in this tautly plotted, powerful and utterly engrossing novel.

Quintin Jardine was born once upon a time in the West - of Scotland rather than America, but still he grew to manhood as a massive Sergio Leone fan. On the way there he was educated, against his will, in Glasgow, where he ditched a token attempt to study law for more interesting careers in journalism, government propaganda, and political spin-doctoring. After a close call with the Brighton Bomb in 1984, he moved into the even riskier world of media relations consultancy, before realising that all along he had been training to become a crime writer. Now, forty novels later, he never looks back.

Along the way he has created/acquired an extended family in Scotland and Spain. Everything he does is for them.

He can be tracked down through his blog: http://quintinjardine.me

Description du livre Hardback. Etat : Fair. A readable copy of the book which may include some defects such as highlighting and notes. Cover and pages may be creased and show discolouration. N° de réf. du vendeur GOR002461948