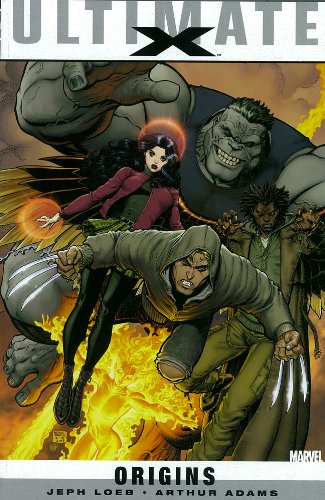 Jeph Loeb is an American film and television writer, producer and award-winning comic book writer. Loeb was a producer/writer on the TV series Smallville and Lost, writer for the films Commando and Teen Wolf and was a writer and Co-Executive Producer on the NBC TV show Heroes from its premiere in 2006 to November 2008.
A four-time Eisner Award winner, Loeb's comic book work, which has appeared on the New York Times Bestseller List, includes work on many major characters, including Spider-Man, Batman, Superman, Hulk, Captain America, Cable, Iron Man, Daredevil, Supergirl, the Avengers, and Buffy the Vampire Slayer, much of which he has produced in collaboration with artist Tim Sale.

Arthur Adams is an American comic book artist and writer. He first broke into the American comic book industry with the 1985 Marvel Comics miniseries Longshot. His subsequent interior comics work includes a number Marvel's major books, including The Uncanny X-Men, Excalibur, X-Factor, Fantastic Four, Hulk and Ultimate X, as well books by various other publishers. Adams has also illustrated books featuring characters for which he has a personal love, such as Godzilla, The Creature from the Black Lagoon and Gumby, the latter of which garnered him a 1988 Eisner Award for Best Single Issue.

Who - or what - is Ultimate X? The answers and even more secrets have finally arrived. Wolverine is dead. Captain America is a fugitive. The Fantastic Four have disbanded. Lives have been destroyed and nothing can ever be the same - is there any hope left? It all begins with a search for a brand new character whose identity will leave jaws on the floor and change the Ultimate Universe forever.