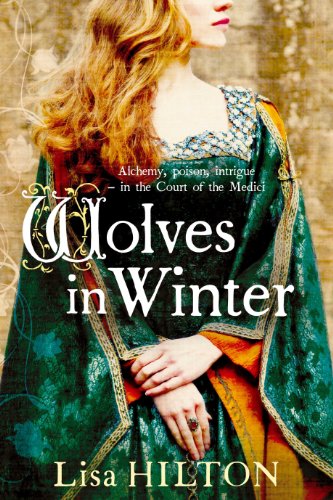 Five-year-old Mura is a strange and bewitching child. Daughter of a Nordic mother and Spanish father, she has been tutored in both Arabic learning and the ancient mythology of the north. But when her widower father is taken by the Inquisition, Mura is sold to a Genoese slaver.

In the port of Savona, Mura's androgynous looks and unusual abilities fetch a high price. She is bought as a house slave for the powerful Medici, arriving in Florence as the city prepares for war against the French. When the family are forced to flee, Mura finds herself gifted to the notorious Lioness of Romagna, Countess Caterina Sforza.

Beautiful, ruthless and intelligent, the Countess is fascinated by Mura's arcane knowledge. As the Lioness educates her further in the arts of alchemy, potions and poisons, Mura becomes a potent weapon in the Machiavellian intrigues of the Renaissance court...

A highly readable historical fantasy... Hilton is a vivid storyteller --Emma Hagestadt, Independent
In the same way that Madeline Miller's Song of Achilles was a pleasingly accessible idiot's guide to Greek mythology, this is something of a crash course in the Medici era. A richly detailed page-turner which fans of Philippa Gregory will love. --Viv Groskop, Red
Beautifully written, compelling, gripping and moving, Wolves in Winter will take you to another world you will never want to leave. A fantastic, unforgettable novel, passionate and full of drama and despair, this is historical fiction at its best. --Kate Williams