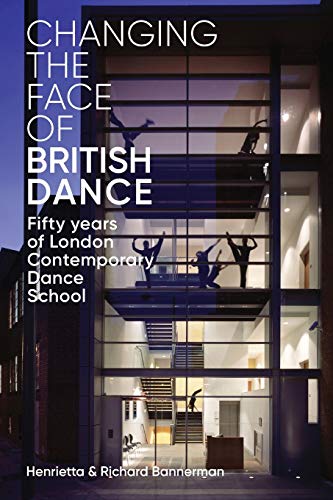 Changing the Face of British Dance

Description du livre Paperback. Etat : New. Language: English. Brand new Book. When Robin Howard saw the Martha Graham Dance Company at their first London appearance in 1954 he was 'bowled over as he had been by no other theatrical experience'. For him it was the beginning of a passion and a vision that did indeed change the face of British dance.It was a passion, though, that held enormous sacrifices for him along the way. Graham herself warned that the result of his determination would be that 'everyone is going to hate you and you'll be broke'. The second part of her prediction became increasingly fulfilled as Howard sold off his personal treasures - from vintage cars to Shakespeare folios and even his share of a family partnership - to keep his visionary enterprise afloat. This account, of what became London Contemporary Dance School, is the first to trace the journey of this pioneering enterprise which had such far-reaching effects. It started modestly, with Howard sending promising young dancers to New York to study at the Martha Graham School, with the aim that they would return and form the basis of a school. The plan worked and The London School of Contemporary Dance, as it was originally called, became the first in Europe to be authorised to teach the Graham technique, opening new horizons in British dance. The first modest premises in Berners Place, at the end of an uninviting cul-de-sac in London's West End, buzzed with the energy of young students enthused by the visiting American companies - Alvin Ailey, Merce Cunningham, Martha Graham and Paul Taylor. It was the star performer and teacher from Martha Graham's school and company, Robert Cohan, who presided over the fledgling School as teacher, choreographer, and tireless advocate of Howard's vision. His work became the cornerstone on which the fledgling School was built. In1969 the School moved to its new home, The Place, in Euston. Formerly a drill hall for the Artists' Rifles Regiment, it offered multiple studios, a theatre, and became a centre for visiting companies, as well as providing a home for its own resident company, London Contemporary Dance Theatre. In 2019 it was 50 years since London Contemporary Dance School arrived at The Place, and Robin Howard's vision has produced an abundance of dancers, choreographers, and teachers who have travelled throughout Britain and the globe. It has inspired new generations of dancers and students in the ever-changing world of contemporary dance, and this account hears from both the inspirers and those who have come to learn from them during those 50 turbulent, precarious, pioneering and adventurous years. N° de réf. du vendeur AAV9781852731809